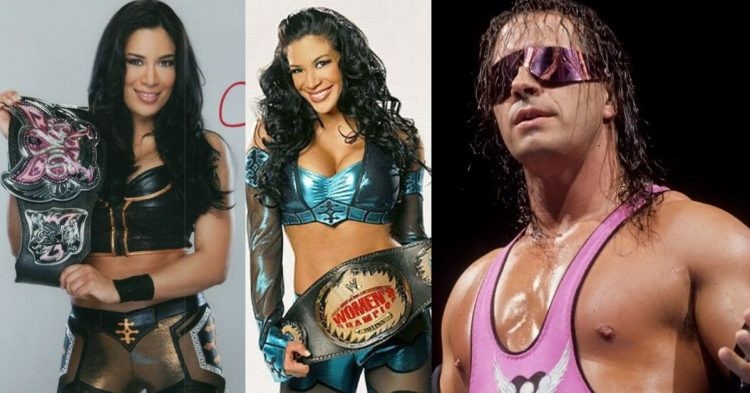 Melina talks about how Divas at that time were viewed and how she and several other women worked hard to change the perspective of the audience. She added, “It’s a weird thing because diva gets tied up with the model search, and that’s not it. That’s the hard part where the term ‘diva’ is thought of as model days, and it wasn’t even that. Well, kind of. But regardless, each woman who held that title did their best and gave it their all. Maybe blame the divas’ search, but you can’t blame them for getting an opportunity. It’s like like Tough Enough. You can’t blame the people who did Tough Enough, and that’s what the Divas Search was,”

Melina stated that because of her experience and expertise, she wouldn’t change the era in which she worked. She said, “I feel like I got a great perspective. I’m never gonna change and look down on my time. Everyone’s like, ‘Okay, do you wish that you were in this era because of all the opportunities?’ No, I love what I went through for the fact that, the perspective that I have,”

She continued by saying that since she still recalls her early years, she values every victory and honor. She said, “Whenever I win a match or I win a title, I remember every time I thought I was never gonna make it or this was hopeless. I think about the times before I ever held a title or had a match at all, and what I wanted. It makes those moments, that win, that title hold, it means everything. I’m grateful.”

Melina has been a professional wrestler for more than 20 years; she debuted in the ring in 2001 and joined the WWE main roster in 2005. Melina won the WWE Divas Championship two times and the Women’s Championship three times each. Melina has competed against many Hall of Famer and WWE icons.

Bret Hart, a seven-time world champion and veteran of the WWE Hall of Fame, has previously praised Melina and her skills. Melina discussed how she felt when Hart praised her on “MCW Backstage Pass” and addressed those who are not big Hart fans.

Melina said. “Some people could hate Bret. A lot of people love him and I love him because he is a nice person. He does teach and he’s given his life and his heart to wrestling. He and his entire family and I have so much respect for that and I do believe he deserves his credit and to have him … say that, means the world to me.”