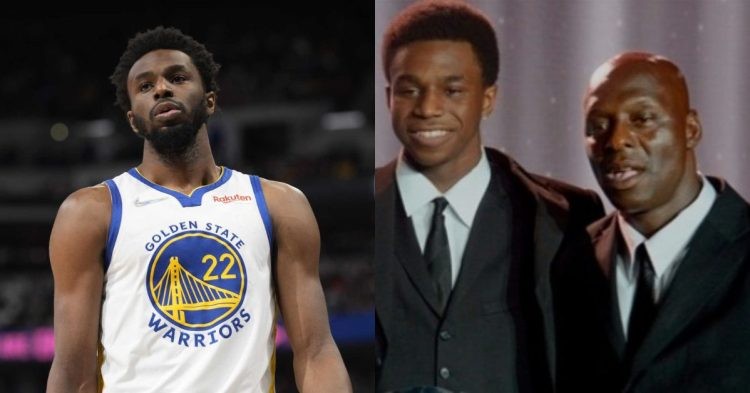 Andrew Wiggins is one of the young stars responsible for the Golden State Warriors winning the 2022 NBA championship. Perhaps, he was the most consistent player on his team this postseason, with the exception of Stephen Curry. Not many people know that Andrew’s father, Mitchell Wiggins was an NBA player himself.

Genetics plays a huge role in the development and growth of the player and the Warriors’ star should feel grateful for the genes he has been blessed with and thankful for the opportunities he had due to having a father who once played in the league.

There aren’t too many fans of the NBA today, who were around back in 1984. This was when Andrew Mitchell began his career in the league with the Chicago Bulls playing the shooting guard position. He averaged 12.4 points, 2.3 assists, and 4 rebounds in his first year in the league. Additionally, he shot 44% from the field and averaged 1.3 steals the same year.

Nonetheless, he was traded to the Houston Rockets at the end of his first year. Wiggins spent most of his career there. Yet, he became a shell of himself and did show any major growth there. It was soon revealed at the time that he had several personal problems and was suspended for substance abuse in the 1987-88 and 1988-89 season.

It would shock everyone to know that Mitchell failed a cocaine drug test and was using drugs during the season. This is an unacceptable offense, even in those days and he was suspended for two and a half years as a result. He came back in the 1989-1990 season and played considerably better. Wiggins was averaging 15.5 points that season.

His coach Don Chaney was not happy that this came at the price of playing good defense. Moreover, Mitchell was averaging only 1.6 assists that season. His role on the team was soon reduced and he was traded to the Philadelphia 76ers. He played there for only a single year in the 1991-1992 season. And was eventually, he was let go as he refused to take a drug test.

This was not the end of his professional career. He went on to play in the Greek league, French league, Philippines basketball association, and other minor leagues.