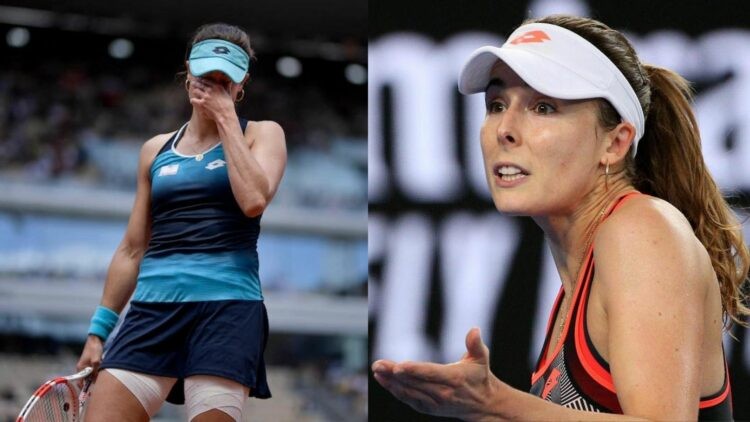 It wasn’t a pleasant day for the French Tennis player Alize Cornet at the French Open today. The atmosphere at the tennis courts in the ongoing Rolland Garros is extremely electric owing to the display of passion by the audience.

However, sometimes this display of passion gets converted to hatred and that’s what happened with Alize Cornet. Injuries are part and parcel of any sport played and that’s the same case with tennis as well.

Sadly, Alize had to forcefully retire from the match with tears in her eyes against Qinwem Zheng. In these circumstances, one would surely expect the support of the crowd especially if it is your home tournament.

But unfortunately, that was not the case for Cornet since the French crowd immediately started booing her after her retirement.

Alize Cornet hurt by the crowd’s reaction after her retirement

It is safe to safe that the crowd’s reaction would have been more hurtful to her than her actual retirement from the match.

During the course of the match, Zheng who was Cornet’s opponent was in solid form and he breezed past her in the first set.

During the course of the second set, Alize decided to call her trainer in order to check her left thigh.

She tried to continue after receiving some treatment, however, she failed and eventually had to pull out of the match. Three games later she called it quits and ended her run at the French Open.

In the post-match interview, she stated,

“The whistles almost hurt more than the injury, when you see what I’ve been giving on the pitch for all these years it’s really unfair.”

“What is amazing that people had the cheek to boo me on the court when I had to abandon the match. And it was because I was in pain,”

“But sometimes the French audience surprises me and not always in a good way.”

Alize had a good run of form in the French Open until she had to forcefully retire out of the match. After her loss, there won’t be any other French player in the second week of the Grand Slam tournament.