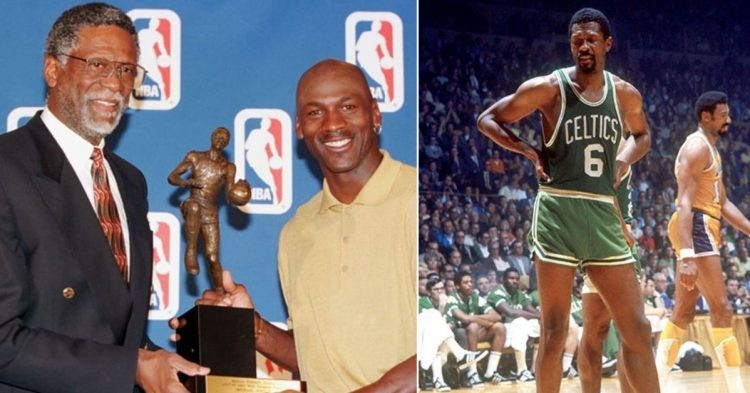 Michael Jordan is an NBA champion and helped the Chicago Bulls win 6 titles during his career there. He is widely proclaimed as the greatest player of all time. The debate seems to center around LeBron James and Michael Jordan. However, Bill Russell was rarely if ever brought into the conversation as a potential GOAT candidate.

One must wonder what the dynamics between these NBA legends were like. Certainly, they would have respect for each other. Mr. Russell passed away on the 31st of July and since then condolences have been pouring in from across the world. MJ was one among many who chose to convey their respects to the great departed soul.

Time is like a river and keeps moving forward. The modern-day NBA players are incredibly fortunate that MJ revolutionized the game before their professional careers began. Superstar status, huge popularity, and money are only a few of the benefits that Jordan managed to bring to the league.

His shoe business deals and endorsements also set him apart from the players before him. “Air Jordan” and several other types of merchandise were created and helped his and the NBA’s value to increase greatly. It is important to understand that Michael Jordan was a symbol of change and a legend to us.

There have been several interactions between the two great personalities over the years. After all, each has a legacy that very few people on this earth can brag about. Unfortunately, there will be no further interactions as Mr. Russell is no longer with us.

“Bill Russell was a pioneer- As a player, As a champion, As the NBA’s first black head coach, and as an activist. He paved the way and set an example for every black player who came into this league after him, including me. The world has lost a legend. My condolences to his family and may he rest in peace.”

A statement from Hornets Chairman Michael Jordan on the passing of NBA legend Bill Russell. pic.twitter.com/RdYcnuCrmb

These are kind and true words from MJ. It is important that we acknowledge Bill for all that he has accomplished in life. Not just for winning titles as an NBA player.