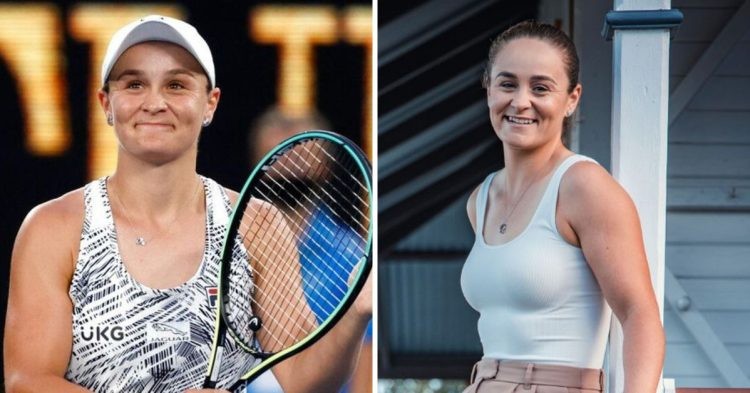 Ash Barty left tennis when she was truly at the top. She won the Australian Open early this year and announced her retirement a few months after that. Her retirement came at a time when she was ranked number in WTA. What was interesting to note was that she retired at the young age of 25.

After her retirement, many speculated that Barty would make a return to tennis. Many more felt that she made a big mistake with her decision to retire. However, Barty assured in a recent interview that she was happy with her life post-tennis and would not be making a comeback in the future.

As per Tennis World, she said, “There won’t be another time coming back to tennis, I promise you.” This year’s Australian Open was Barty’s third grand slam of her career. She has also won the US Open and Wimbledon. However, she couldn’t win the US Open during her short yet successful career.

Ash Barty is enjoying her retirement and life outside tennis

During the interview, Barty was honest in admitting that she does not have any regrets and is enjoying her life outside tennis. Moreover, she said, “For me at the moment, I’m loving being off the court and transitioning into this new life – that’s not a new life, it’s just a different one. It’s just a slightly different focus from my profession.”

The former Australian tennis star expected her transition off the court to be tough. However, it has been a surprisingly smooth transition. She further said, “It’s just been everything that I’ve probably ever expected. It was a transition that I probably found quite easy and that was a reiteration and reassurance for me that it was the right time [to walk away]”.

Barty’s retirement was definitely a shock but also an inspiration. Instead of continuing with something she did not enjoy, Barty decided to move on to better avenues and ventures. She is currently doing a lot of philanthropic activities and is seen playing a lot of golf nowadays.