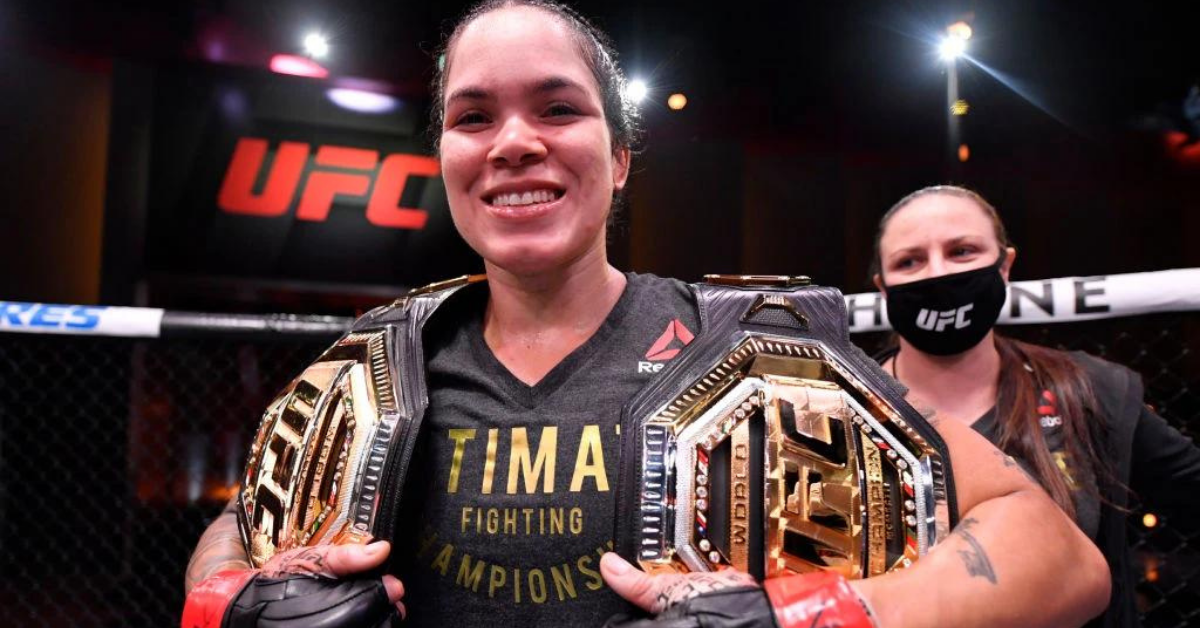 Amanda Nunes created history by becoming the second UFC fighter after Daniel Cormier, to successfully defend both her championship belts while actively holding the UFC titles. Amanda Nunes defended the featherweight championship at UFC 250, as she cruised past Felicia Spencer in what was largely a one-sided fight. Nunes dominated Spencer from the start and won the fight via unanimous decision. Nunes’ dominant performance inside the octagon and her notable wins have prompted many fans to regard her as not just the greatest women’s mixed martial artist of all time, but one of the greatest martial artist in general.

As Amanda Nunes continues to cruise through each of her opponents at both bantamweight and featherweight divisions, it begs to ask the question. Who is next for Amanda Nunes? 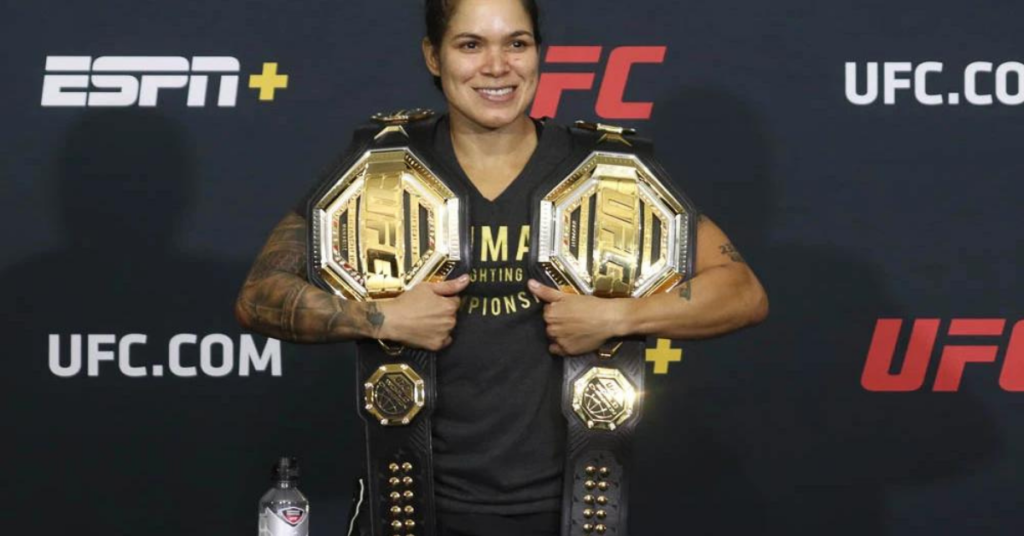 Amanda Nunes appeared on a Brazillian TV show and opened up about her plans going forward. Nunes reveals how she thinks that there is nothing left for her to prove inside the octagon, and rightfully so. Nunes has secured notable victories against former champion Ronda Rousey, Holly Holm, Cris Cyborg, Valentina Shevchenko, and is currently on an 11 fight win streak.

“Ah, I don’t know, I’ve achieved everything I wanted. I’m well, I can go on with my life, maybe a [take] new step, maybe find new talents, help some girls there…maybe be a coach, too. I’m in a moment that I can retire, you know, and I’m in a moment that I can fight. I’m fine. There’s nothing else to be done right now in the division. The Hall of Fame will come, for sure. My life going forward, if I do stop now, the UFC will give me every support I need to continue having my money and work.”

Nunes revealed how she wants to go a step ahead, and transition into an MMA coach. She mentioned how she wants to help young girls on their way up to become a mixed martial artist, and feels that it will be a new step going forward.

UFC President Dana White had earlier stated that Amanda Nunes is possibly the greatest mixed martial artist of all time, and doesn’t get her due because she is a woman. He also threw the idea of retirement open to Amanda Nunes. White claimed how she was able to get past probably the best striker in the division in the form of Germaine de Randamie during her featherweight title defense, and cruised past someone as durable as Felicia Spencer in her most recent performance at UFC 250.