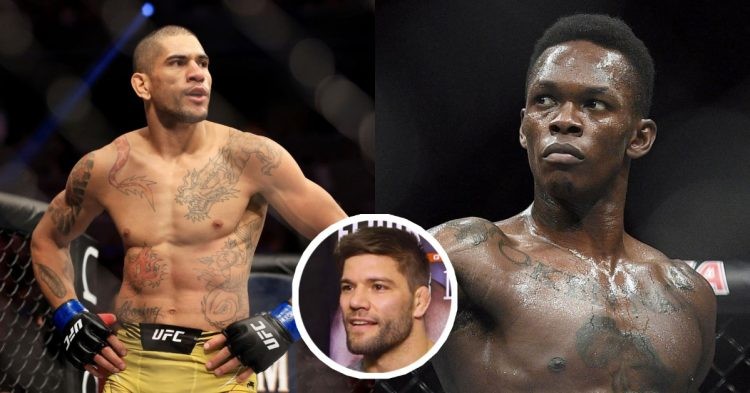 The much-anticipated fight between UFC Middleweight Champion Israel Adesanya and Alex Pereira is finally official. It will go down at UFC 281 on November 12th inside the Madison Square Garden arena (MSG). While Adesanya is fresh off a win against Jared Cannonier at UFC 276, Pereira KO’ed Sean Strickland in the same event to earn the title shot.

With two elite kickboxers involved, the fans can expect a strike fest. It will be a perfect stylistic match-up as Izzy is more of a counterpuncher and Alex is the aggressor. After some complaints over his recent dull performances, it will be a change of pace to see the challenger bringing the fight to the champ. However, the former Strikeforce champ Josh Thomson wants to see some grappling as well.

Adesanya vs. Pereira announced for UFC 281 at MSG 👀👀👀 pic.twitter.com/mZoREaxLla

During his podcast, Josh spoke about the importance of mixing up takedowns in the fight. According to him, if there is a threat of takedown from either fighter, it will make the other more cautious about going for big punches.

If a fighter knows that a takedown is coming then it plays tricks on their mind and does not allow them the luxury of striking freely. But Josh does not expect either of them to go for the takedown and the reason behind that was pretty simple.

“So I wouldn’t be surprised if both of them threatened a takedown. (But) I’m not saying either of them are gonna get it. They both suck at wrestling. So maybe I don’t think it’s gonna happen. But this does make for a really good fight.”

Israel Adesanya vs Alex Pereira: How does the fight play out at UFC 281?

‘The Last Stylebender‘ had a meteoric rise in the UFC. Since his debut fight against Rob Wilkinson at UFC 221 in 2018, he started attracting attention due to his wildly entertaining fight style. His spectacular knockout over Robert Whittaker at UFC 243 got him the middleweight title. However, there has been a significant drop in the entertainment quotient in his fights.

Since finishing Robert, Izzy has fought 6 times with only 1 finish, Hence, the talks of his performances not being up to the mark is somewhat valid. His risk-averse style has garnered a lot of criticism from the spectators.

But that will change against Alex Pereira who has a very aggressive style of fighting. Poatan and Izzy have clashed twice in the kickboxing ring and one of the fights ended in Adesanya getting knocked out in a terrible fashion.

Hence, the prospect of seeing another brutal finish remains relatively high. Alex will bring Izzy out of his shell as an overly defensive style will not work against Periera. The Brazilian is good enough to find holes in anybody’s defence and make them pay for it. So Izzy will have to fire back to maintain his ground during the fight.

To Josh Thomson’s point, introducing the threat of a takedown will be a smart move from both fighters. But in his 13 UFC fights, Izzy is yet to secure a successful takedown. Alex, on the other hand, has based his fight style on kickboxing. So the expectation to see grappling remains slim to none.

While Adesanya is more crafty, Pereira is much more powerful. So it will be interesting to see how the fight plays out in the end.

How do you see the bout ending? Do you think Israel Adesanya can avenge his kickboxing losses in MMA? Or do you think Alex Pereira‘s power will be too much for Adesanya to withstand? Let us know your theories on the bout in the comments down below.