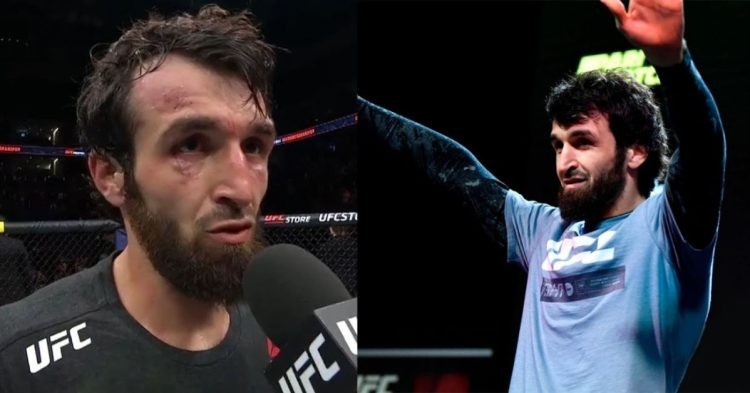 Zabit Magomedsharipov was one of the biggest prospects of the UFC. Consequently, everyone was expecting the 31-year-old Russian fighter to achieve big things in the featherweight division. Former champion Khabib Nurmagomedov even declared him as the best featherweight fighter in the world.

However, Zabit who was just a few fights away from a title shot decided to retire from the UFC earlier this year. The Russian contender’s decision to walk away from the sport came as a shock given his talent and potential to become a future champion.

Until now, Zabit had not revealed the reason behind retiring from MMA. However, Magomedsharipov has finally broken his silence as he disclosed his reasons behind retiring in an interview with Fighting Flashback.

Zabit explains why he officially retired from fighting 👀 pic.twitter.com/Gmdd3H17cI

“The reasons. There were many reasons. Firstly because of refusals to fight with me. I had no fight for two years. Then there were injuries. I was sick a lot. I didn’t recover. The main reason was that I was not able to fight.”

Zabit Magomedsharipov declines any possibilities of making a comeback in MMA

After revealing the reason behind retiring from MMA, Zabit Magomedsharipov was asked whether there are any possibilities of him making a return to the octagon. The 31-year-old Russian was quick to deny any such possibilities and explained why he won’t make a comeback.

“The time has passed, I don’t have such a desire,” said Zabit.

Thereafter he also said that he is open to becoming an MMA coach because he likes to teach kids and communicate with them. Zabit indicated that right now he wants to take a rest from the sport and he could return as a coach after a few years.

From this interview, one can confirm that Zabit’s major reasons to take a sudden retirement were his health issues and the UFC not treating him well. Moreover, staying out of the octagon for almost two years due to injury and getting removed from the rankings by the UFC fueled his anger even more.

These are the main explanation behind him not having any intention to make a comeback in MMA. In the end, It is just sad to see such a talented fighter taking retirement from MMA at the peak of his career due to unfortunate circumstances.