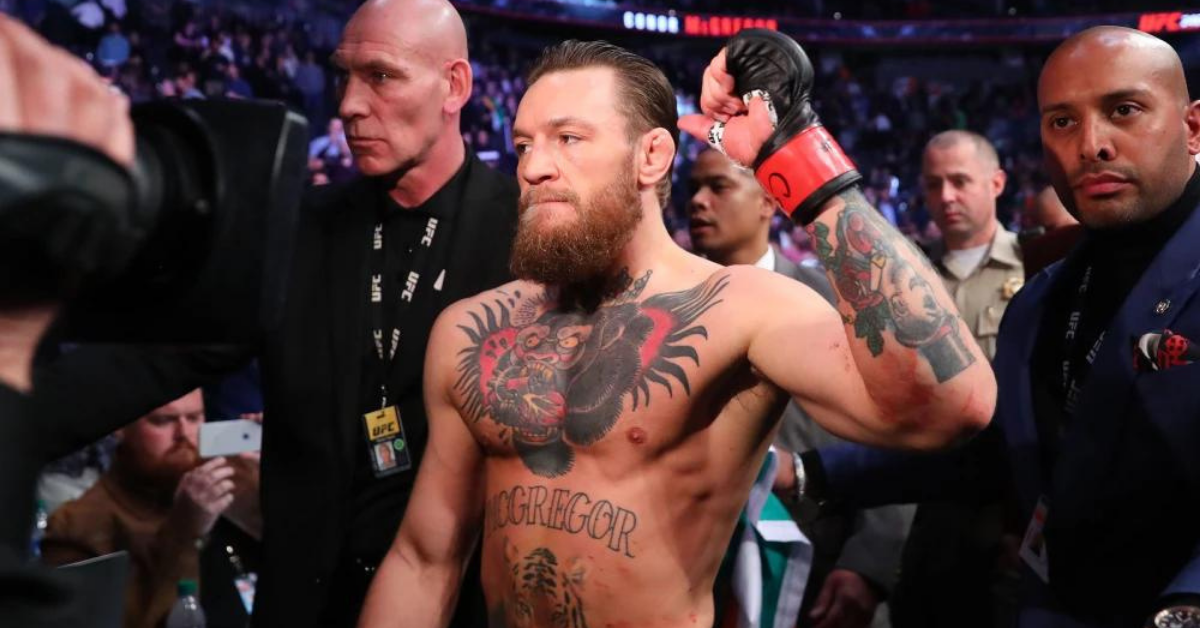 Conor McGregor has once again made it to the headlines, and while one would have hoped for the announcement for his next fight, it was Mcgregor’s decision to retire from the sport that became the headline soon after UFC 250 concluded. McGregor released a statement on social media, announcing his retirement from the sport. McGregor said,

“Hey guys, I’ve decided to retire from fighting. Thank you all for the amazing memories! What a ride it’s been” Here is a picture of myself and my mother in Las Vegas post on of my World title wins. Pick the home of your dreams Mags I love you! Whatever you desire it’s yours.”

Also Read I “He Blew The Whole Country Up”- Dana White Explains Why Conor McGregor is Bigger than GSP, Rousey, Silva

Hey guys I’ve decided to retire from fighting.
Thank you all for the amazing memories! What a ride it’s been!
Here is a picture of myself and my mother in Las Vegas post one of my World title wins!
Pick the home of your dreams Mags I love you!
Whatever you desire it’s yours ❤️ pic.twitter.com/Dh4ijsZacZ

This was a shocking news for many sports fans who were looking to see McGregor back in action after his spectacular return at UFC 246, where he picked up an impressive 40 second KO victory over Donald Cerrone at the welterweight division. There were reports that McGregor was going to face Nate Diaz in a trilogy bout at the fight island. Just last week, Kamaru Usman had offered Conor McGregor a shot at the championship belt. Despite a great many option ahead of McGregor, including a potential super-fight against Anderson Silva, McGregor’s decision to retire from the sport has a lot to do with who he wanted to face inside the octagon next. In an interview given to ESPN, Conor McGregor noted that he was not happy with how things were going on.

Conor McGregor not happy with UFC

Soon after Justin Gaethje had defeated Tony Ferguson for the UFC  interim lightweight championship, McGregor had called out Gaethje for a championship bout. McGregor complained that he should have fought for the interim belt, and was not happy with UFC’s decision to hold Justin Gaethje vs Khabib Nurmagomedov in September.

Conor McGregor showed his displeasure at UFC’s decision to go ahead with Gaethje’s fight, and claimed that the company always tried to go against him, supposedly trying to show their power over the former dual champion. McGregor continued,

“Whatever I say, they want to go against it to show some kind of power. They should have just done the fight — me and Justin for the interim title — and just kept the ball rolling.”

Conor McGregor also said that UFC is trying to throw him down, and while he had everything figured out, UFC wants him to do “stupid fights.” Soon after his return, McGregor had said that he intends to fight three times in 2020, however, with the retirement news, it’s unlikely we will see McGregor back inside the octagon anytime soon. Recently, many fighters have shown their displeasure at UFC, with Jon Jones going to the length of vacating his UFC light-heavyweight title. Jorge Masvidal also threatened the company, and asked to be released from his contract.