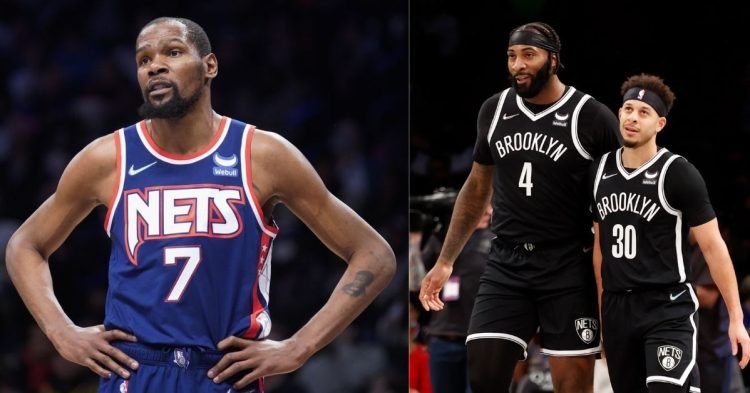 NBA superstar Kevin Durant recently took back his request for a trade from the Brooklyn Nets. This was an abrupt request in the first place as he still had 4 years remaining on his contract. Moreover, he asked the Nets owner Joe Tsai to fire the coach and general manager if he were to stay. They all met later behind closed doors and the 2x NBA Finals MVP changed his tune soon after.

All this time, Durant never really addressed the situation on social media and to his followers. He is quite well known for wanting to set the narrative straight on the internet. Yet, he was silent the entire time and allowed the media to speculate.

Finally, he has responded to the constant narratives and rumors generated by the media. It is important to try to understand how KD feels about this situation.

Kevin Durant is personally responding to individual critics on Twitter

Things don’t get more perplexing than this. Durant is an NBA superstar and can live a life where he largely does not need to justify anything to anyone. Yet, he has responded to several critics and even deleted some tweets when the argument got out of hand.

It would be one thing if KD were responding and contributing to intellectual arguments. On the contrary, he is responding to people who comment things like ” Your ego is out of control KD.” These are spam comments that almost any famous personality would receive and should just be ignored.

That is not the Durant we have all come to know. He responds to these types of comments and seems to crave drama. As fans of the game, it is difficult for us to blindly support a player or speak harshly against one. No matter what we feel about the situation, the facts do not change.

Kevin Durant asked for a trade randomly and had unknown problems with the management. Since he never expressed these problems publicly the media has no choice but to speculate. He has criticized the media for jumping to conclusions and they have snapped back for him not being straightforward from the beginning. We have to decide for ourselves who conveyed the message wrong here.