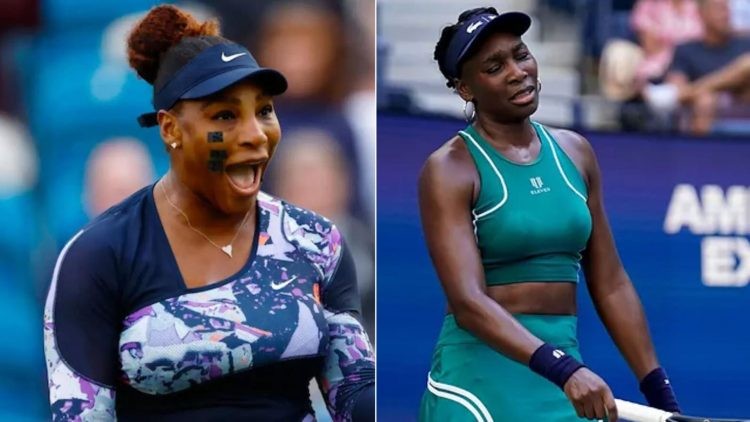 Serena Williams and Venus Williams have had a highly decorated career in the WTA doubles category, with both sisters winning loads of titles in their prime days. However, it seems that they are past their prime since their doubles journey in the US Open has come to an end.

The Williams duo lost out in the first round against the Czech duo Lucie Hradecka and Linda Noskova. This was most probably their last match together as partners since they lost via a 7-6(7/5) and 6-4 loss at the Arthur Ashe Stadium in the US.

The duo have won a total of 14 Grand Slam titles together and also have accumulated three Olympic gold medals in their journey. Both of them have not played together since 2018, and they were handed a wild card entry into the event since they are not seeded.

Serena and Venus Williams receive a standing ovation after what is expected to be their final match together ❤️ #USOpen pic.twitter.com/gRpdQhSI67

The wild card was granted to the duo after Serena made her intentions public about playing at the US Open and possibly retiring after that. They also received a standing ovation from the fans in the arena. Serena is currently still alive in the singles category of the US Open.

Serena Williams and Venus Williams knocked out of US Open Doubles

Serena and Venus Williams will probably be considered the greatest duo in the history of the women’s doubles category.

Even though the Williams sisters lost the match no one can deny the fact that Serena displayed fleeting glimpses of her prime years and also tried to replicate her performances in the singles category. However, Venus was clearly rusty and struggled to gain rhythm, especially in the latter part of the game.

They also missed capitalising on two solid opportunities in order to gain an important service break during the first set. The fans also reacted in a bitter-sweet manner, they said,

“They’re still so good so why don’t they just keep playing?”

Serena Williams will be back in action on Friday to hopefully extend her winning run in the singles category by facing Australia’s Ajla Tomljanovic.