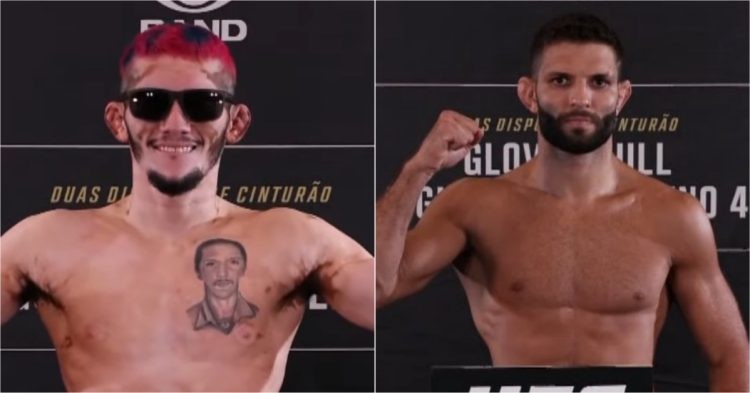 UFC lightweight fighter Thiago Moises will fight Melquizael Costa in the prelims of UFC 283 this weekend. Thiago was originally tapped to fight Guram Kutateladze. However, Costa filled in on short notice after Kutateladze was not able to make it to the card. It is certainly an exciting fight on top of an already stacked PPV card.

Thiago Moises has not fought inside the Octagon for about 7 months. In his last outing, Moises beat Christos Giagos via submission. So Moises has had a lengthy break and the fans can expect to see a fresh fighter inside the Octagon. After two back-to-back losses against Islam Makhachev and Joel Alvarez, Moises is certainly grateful to be back in the winning column.

The American Top Team fighter’s next assignment is set to be a tough one for sure. Although Melquizael Costa is yet to prove himself on the grand stage, he is a nightmare match-up for a lot of fighters. Costa, who has Vitiligo, had a rough childhood and he would be cherishing the somewhat unexpected opportunity to make his UFC debut in a big PPV.

Can Costa overcome Moises on his debut at UFC 283?

Let’s look at the stats to get a better idea about which fighter will come out on top at UFC 283. The first fighter in focus has to be Thiago Moises as he is a veteran in the promotion. Moises has fought in the promotion 10 times so far, including his bout in at Dana White‘s Contender Series. Inside the Octagon, Moises has a record of 6-4.

So one can not make the case that Moises has had an outstanding UFC run so far. Amongst his 4 losses was the humiliating submission defeat against Islam Makhachev on July 17, 2021. However, that is not an indication of how good a fighter Thiago Moises really can be. Moises’ striking stats are perhaps not the best in the promotion. He absorbs 4.02 strikes and lands only 2.48.

That may just be a big problem against Melquizael Costa, who has 7 KO wins. While Moises lands 1.11 takedowns per fight, Costa also has 6 submissions himself. Hence, it seems like the debutant will have a big advantage heading into the fight this Saturday. While it is not often that a fighter wins their first bout in the company, January 21 may just be one of those days.