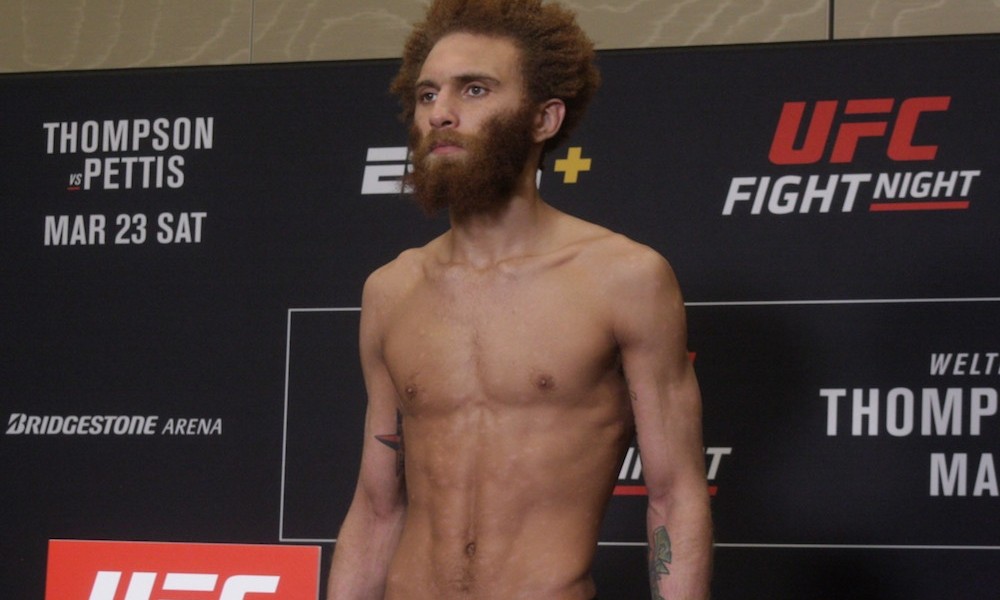 UFC Lightweight fighter Luis Pena has been released by the UFC after learning the disturbing details of Pena’s recent domestic violence arrest. On Saturday, Luis Pena was arrested in Deerfield Beach, Florida on misdemeanor charges of domestic violence and simple battery. He was booked at the Broward County Jail in Fort Lauderdale.

According to the arresting officer’s report, Luis Pena is being accused of striking his girlfriend in the face multiple times with a closed fist and continuing to hit her while she was on the ground. Pena also allegedly struck another woman who attempted to intervene in the left eye with a closed fist.

After learning about the details regarding Luis Pena’s arrest, the UFC decided to terminate Pena’s contract. Following the incident, the UFC also released a statement about the situation:

“UFC is aware of the disturbing allegations concerning the recent arrest of Luis Pena. Mr. Pena has been open about his struggles with mental health and substance abuse issues and the organization has on multiple prior occasions attempted to help him get professional treatment. At this time, UFC believes Mr. Pena needs to deal with the health and legal issues in front of him, and consequently has informed Mr. Pena’s management that his promotional agreement has been terminated.”

After the conclusion of the Dana White’s Contender Series, UFC President Dana White spoke to the media at the post fight press conference. White addressed the issue regarding Pena’s arrest and the termination of his contract.

“This was a bad case and we knew that he had problems before that we were trying to help him with.” White told the media at the post fight press conference. “This is a pretty nasty one. I don’t know if you guys read the police report, but yeah, this one had to happen.”

Dana White was also asked by the reporters if Jon Jones who was also recently arrested following an alleged domestic violence in Las Vegas, could also face similar repercussions. To which Dana White responded saying, “Something like that could happen to anybody.”

Luis Pena(9-3) made his UFC debut on July 16, 2018 at The Ultimate Fighter 27 Finale against Richie Smullen. He won the fight via a submission in round one. The UFC has now opted to cut ties with Pena, who leaves the organization with a 5-3 record overall.