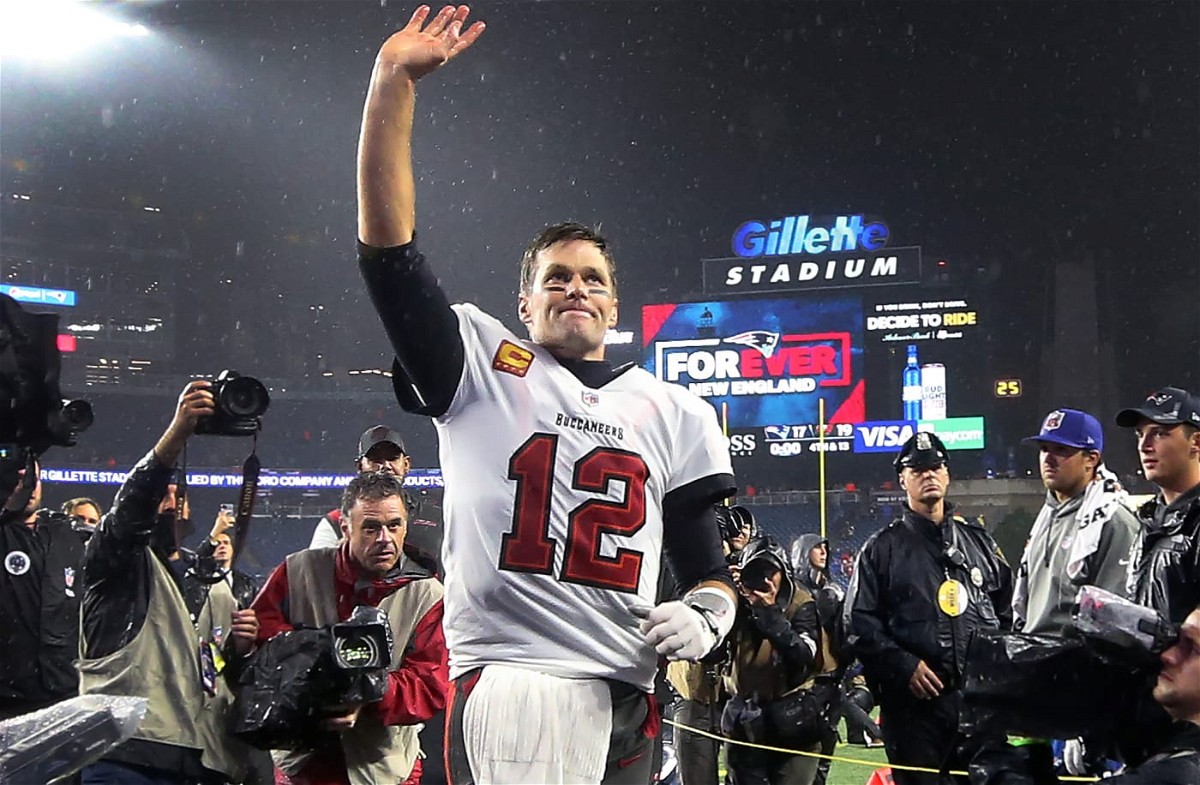 After 22 consecutive years of service, Tom Brady has finally decided to hang up his boots. The undisputed greatest American footballer of all time announced his retirement on his social media platforms. The NFL Quarterback took the opportunity to thank his family, friends and colleagues for being there for him throughout his career.

In a statement, he wrote, “This is difficult for me to write, but here it goes: I am not going to make that competitive commitment anymore. I have loved my NFL career, and now it is time to focus my time and energy on other things that require my attention.”

Brady also thanked his current NFL team Tampa Bay Buccaneers and its owners, The Glazer family. Brady won the 7th Super Bowl of his career with the Florida based franchise. After joining them in 2020, Brady led to the Super Bowl 2021 and won the game against Kansas City Chiefs by 31-9.

Reflecting on his career, Brady wrote, “My playing career has been such a thrilling ride, and far beyond my imagination, and full of ups and downs. When you’re in it every day, you really don’t think about any kind of ending. As I sit here now, however, I think of all the great players and coaches I was privileged to play with and against the competition was fierce and deep, JUST HOW WE LIKE IT. But the friendships and relationships are just as fierce and deep. I will remember and cherish these memories and re-visit them often. I feel like the luckiest person in the world.”

Thomas Edward Patrick Brady Jr. turned Pro at the turn of the millennium. In 2000, he signed for New England Patriots for whom he went on to play for 20 years. During that period, Brady bagged numerous accolades and personal records. He is a 5-time ESPY winner.

Tom Brady’s record for winning 7 Super Bowls is the most for any football player in history. He also has the record for the most amount of Super Bowl ‘MVP’ awards. Brady took home the award in 2002, 2004, 2015, 2017 and 2021. After his debut season, he won 3 back to back titles from 2001-to 2003. The consensus GOAT has accumulated a lot of other honours throughout his illustrious career.

As for his career, The California native has the record for playing the most consecutive playoffs. Brady has played 17 playoffs seasons in a row. He has won the most number of matches in NFL history with 277. The 44-year old has the most number of passing completions, yards and attempts with 7,263, 84,520 and 11,317 respectively. He has a completion percentage of 64.2.

Congratulations to my man @TomBrady on retiring from the NFL… Tom, I know you hate to be called the GOAT but there is no other word to describe your achievements! Proud to call you a friend, brother and business partner. pic.twitter.com/vcgqkWPQOq

Arguably the greatest athlete of all time, Tom Brady will always be a beloved figure in NFL and his retirement will certainly leave a massive void in the field which will be hard for the up and coming youngsters to fill.