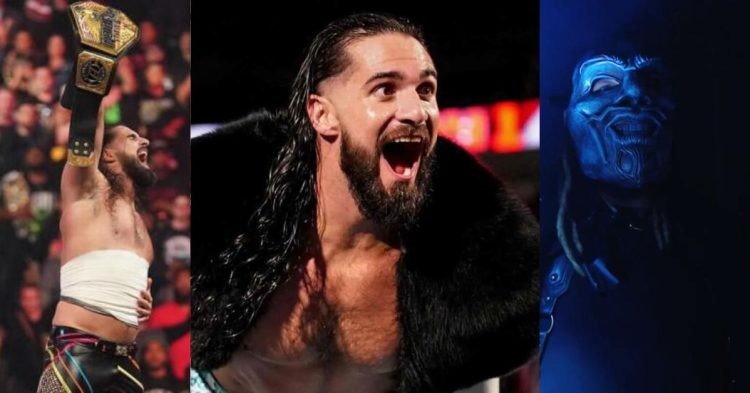 Seth Rollins is considered one of the best talents of the modern generation. His in-ring work is good and has the charisma that helps him connect with the audience quickly. After his match with “The Fiend” Bray Wyatt, Seth Rollins slowly started to transition into a heel. Going by the character of “The Visionary” Seth was able to do what heels are supposed to do, get heat.

A heel logically explaining why they lost a major PPV match?

This is great stuff from Seth. pic.twitter.com/aHYYeVpFZi

After his loss to Matt Riddle at Extreme Rules in a Fight Pit match, Seth was scheduled to take on the United States Champion Bobby Lashley on RAW. After suffering a broken rib(kayfabe injury) from matt riddle Seth was seen with a heavily bandaged midsection. Seth still managed to secure a W and become the new US Champion thanks to the returning Brock Lesnar.

He went on to explain, ” Everyone out there playing checker I’m playing chess. I don’t need to stay in hospital for 2 days, I knew I had a US title match coming I had to beat Bobby Lashley and that’s exactly what I did.”

Has Seth joined forces with the returning Bray Wyatt

One of 2022’s best moments was Bray Wyatt’s return to Extreme Rules. His comeback was flawlessly staged by WWE, as he entered the arena to loud cheers and a sinister scene.

Seth’s Twitter and Instagram accounts were completely dark after he lost to Riddle in the main event. Wyatt’s arrival after Rollins’ defeat would have WWE fans hoping it wasn’t a coincidence. With the White Rabbit gimmick lately, WWE has been teasing quite a bit. A faction for Bray and may Seth be a part of it? The return of the characters from the “Firefly Funhouse” in life-size figures could signify this.

Seth has been portraying a Gothic character as a heel and that could easily be considered as a part of Wyatt’s new faction (if formed). Seth and Wyatt have a long history together and their joining hands could lead to a good long-term storyline. Putting both these creative heads together could create wonders for WWE.