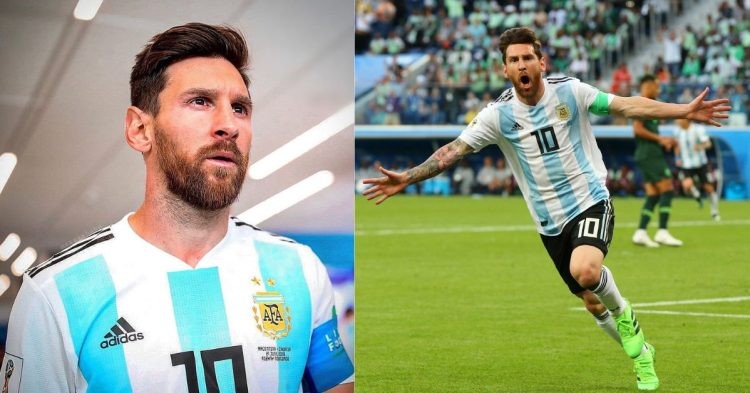 Lionel Messi has been one of the greatest football players and athletes for almost two decades now. He has won many prestigious accolades with both club and country throughout his career so far. One of his biggest achievements includes the 2021 Copa America with his country Argentina. Together with that, he has won 4 UEFA Champions Leagues with Barcelona and many league titles with the Spanish club and PSG.

A player of Messi‘s status will be addressed as royalty, and indeed he is. It seems like one of the GOATs of the beautiful game has revealed some shocking news to the world regarding a chapter of his life. Today, the Argentinian publicly announced that the FIFA World Cup Qatar 2022 will be his last.

In an interview with Sebastián Vignolo, Messi disclosed his plans. He said, “This will be my last World Cup for sure. The decision has been made. I’m counting down the days until the World Cup. The truth is, there’s a little anxiety, saying: ‘Well, we’re here, what’s going to happen? It’s my last one, how’s it going to go?’. On one hand, I can’t wait for it to arrive but I’m also desperate for it to go well.”

Can Lionel Messi lead Argentina to a long-awaited World Cup win in Qatar this year?

“We’re at a very good moment, with a very strong group, but anything can happen at a World Cup. All the matches are difficult, that is what makes a World Cup so special because the favorites are not always the ones who end up winning or even doing as well as you expect,” the 35-year-old added.

To date, Leo has scored 6 goals in 19 matches of the FIFA World Cup across different years (2006, 2010, 2014 & 2018). The interesting fact to know is that all of these goals by Messi have come from the group stages. Moreover, the best-ever finish he led his South American country to the World Cup Finals in 2014. Despite many hard efforts, he could not break down Germany that night, who won the game 1-0.

The Copa America win last year was needed for Messi and Co. The trophy was essential for him and his teammates to believe they can lift the biggest trophy in football. Since 2019, Argentina has been on a ridiculous 35-game unbeaten run, the longest active undefeated streak.

Speaking of his country’s chances at the World Cup, Messi said, “I don’t know if we are the favorites, but Argentina in itself is always a candidate for history, for what it means. We are not the favorites, I think there are other teams that are above us.”

Messi’s announcement surely means we’re nearing the end of an era for one of the biggest athletes of all time. The little magician has experienced many heartbreaks throughout his international career, losing multiple finals. The only way he can end his World Cup career on a high note will be by lifting that trophy in Qatar. Given Argentina’s form and in-form players, it seems like they have a good chance of that as well.