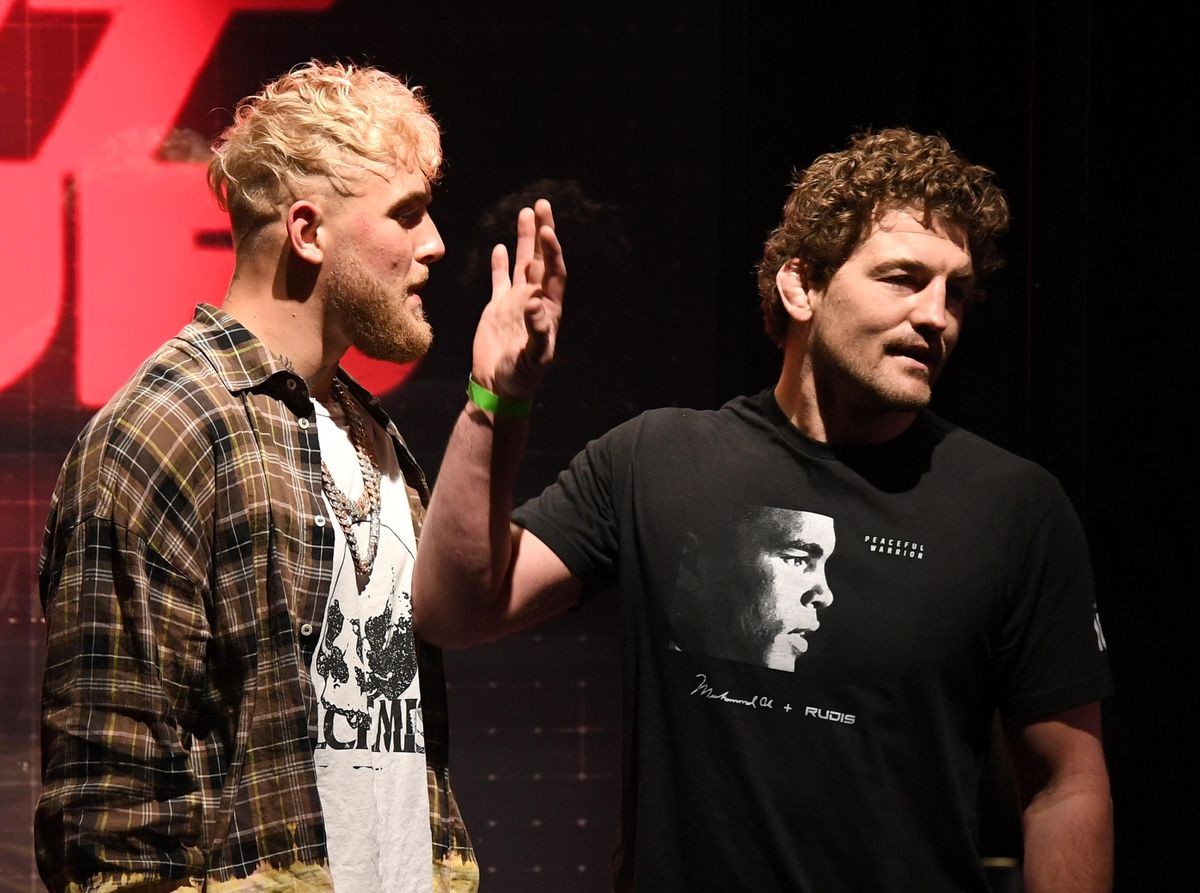 MMA and Boxing, two different worlds of combat sport will collide on 17th April 2021 when Ben Askren takes on Jake Paul in a boxing fight.

Now, Ben Askren is not one of the best strikers in MMA. He has achieved a lot of things in his MMA career and most of the credit goes to his world-class wrestling and grappling. He is also not in his prime and will be coming off retirement to take on a young boxer and YouTuber, Jake Paul.

Jake Paul has been learning the skills of boxing for the last three years. However, he is not the best the boxing world had to offer either. So far he is 2-0 in his boxing career. But, his opponents never had any pro boxing match before they entered the ring to take on Jake Paul. So it’s difficult to assess the level of skillsets Jake Paul possesses from his last two wins.

Irrespective of that, the MMA and Boxing world is split ahead of these contests as they feel their sport is being represented by one individual in this fight. The majority of the MMA world, both fighters, and fans are praying that Ben Askren teaches Jake Paul a lesson and become the first UFC fighter to get a boxing win at such a big stage.

Former UFC champion Daniel Cormier gives a precious suggestion to Askren ahead of his boxing debut. In the recent episode of DC and Helwani, DC stated:

“Ben, throw him down. Just once Ben. Even if you lose if you just foot sweep him throw him down real quick it just goes ‘Hey if I really want to beat you in a free fight I can really just kick your butt. For all of us out here bud, Hands up chin down, punch as hard as you can. And if you get in the clinch throw him down one time and show him that this dude has got nothing for a mixed martial artist. Let’s go, Ben. Let’s go, Askren.”

Who is the favorite between Ben Askren and Jake Paul?

There is a big risk going into the fight as well. If Jake Paul has somehow become a great boxer in the span of last three years then he will be able to get the win over Ben Askren. There is even a chance that Paul will get a stoppage win over the former Olympian. But, that’s a big IF.

We have not seen enough of Jake Paul so far. He did knock out a couple of aspiring boxers. But, Nate Robinson did not look like he belonged in a boxing ring and the same can be said for Jake Paul’s first opponent, Ali Eson Gib. We are not even aware whether Jake Paul can take punches from a real fighter and fight beyond round 1.

There are a lot of unanswered questions surrounding Jake Paul and we know what to expect from Ben Askren even if we have not seen him strike a lot inside the octagon. Ben Askren is going to try and stick to the basic and out tough Jake Paul over the course of 8 rounds. So it’s fair to say that Ben Askren is the favorite going into the fight. But, there is a chance Jake Paul is just good enough to beat Askren inside a boxing ring.