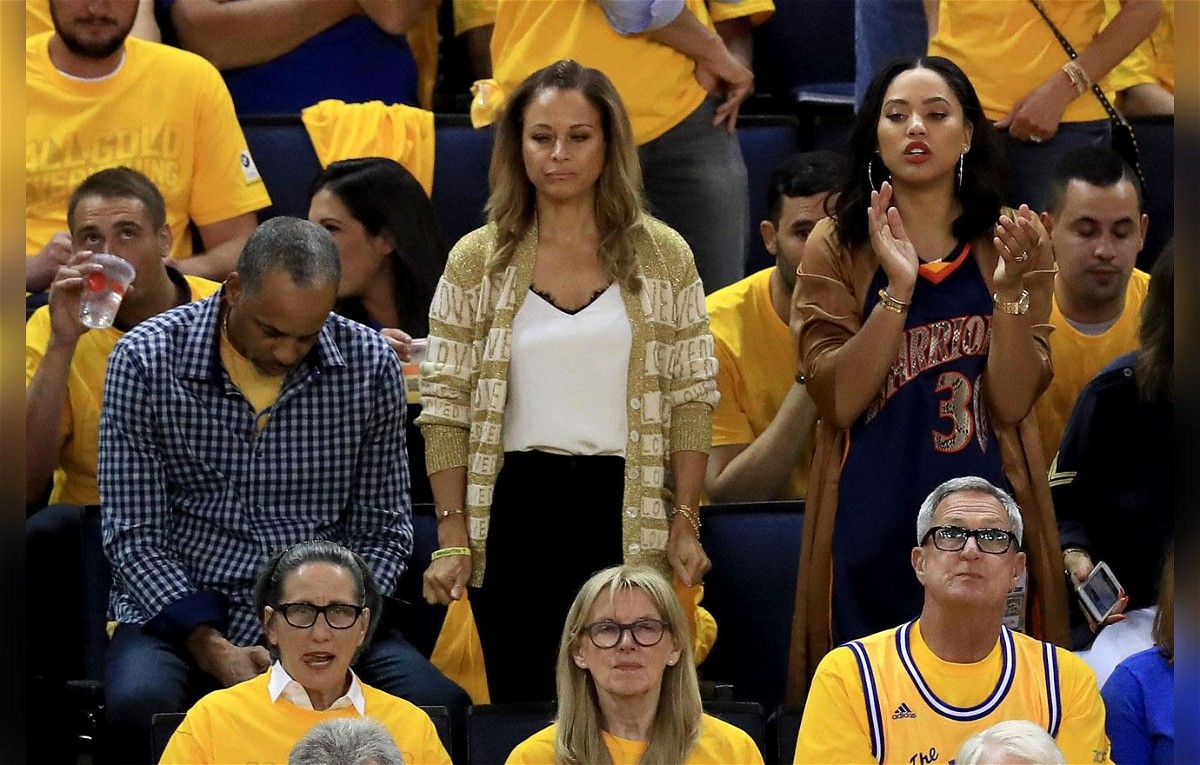 Golden State Warriors have missed the playoffs for two years running. Indeed, this can be considered a shock in recent times. They played three of the previous finals and winning two of them. The previous two seasons have been disappointing for Golden State Warriors players, staff and their fans. Obviously, GSW’s MVP Steph Curry and his wife, Ayesha Curry are obviously disappointed but have handled it very well this time around.

But, in 2016, the MVP’s wife wasn’t so gracious in handling the defeat. She caused quite a stir then. Before game 6 in the NBA finals, GSW was leading the series 3-2. A win would confirm a second championship for them. But, in a crucial moment of the game, Steph committed a foul. The ejection of Steph was the decision of officials. GSW then went on to lose the match.

I’ve lost all respect sorry this is absolutely rigged for money… Or ratings in not sure which. I wont be silent. Just saw it live sry. 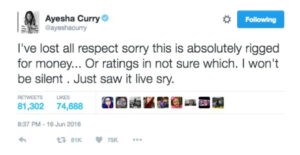 A few moments later after realising her mistake she retracted her tweet. She later tweeted :

The tweet was in the heat of moment. It is an unruly decision.

Losses are part of the game. I accept that we lost. But, someone coming after my family? I just cant comprehend that. Thiere is no reason and it is uncalled for.

I'm okay that we lost… I just can't take people coming at my family for absolutely no reason. Something I don't understand or stand for.

Police racial profiled my father and told him to remove credentials and tried to arrest him. It's been a long night for me. I apologize:

“While tweeting I didn’t understand the ramifications and the ripples it will send through”, says a lamented Ayesha Curry in People’s Magazine. I regret the way I put it out and how emotions got better of me. I never had any motives of offending anyone and I am sorry if I did so.

I know where she is coming from. I have advised her to ignore the trolls and haters. You cannot win a battle on Twitter.

The Golden State Warriors suffered possibly the most embarrassing loss in the 2016 NBA finals to LeBron James’ Cleveland Cavaliers. Although Kyrie Irving’s clutch 3-pointer over Stephen Curry ensured the first championship for the Cavs, the game tilted in their favour after Game 5. Draymond Green was ejected for two games after he kicked King James in the groin and Stephen Curry fouled out of Game 6. Ayesha Curry is bound to feel bad about the turn of events even though the way she chose to react to it is questionable.