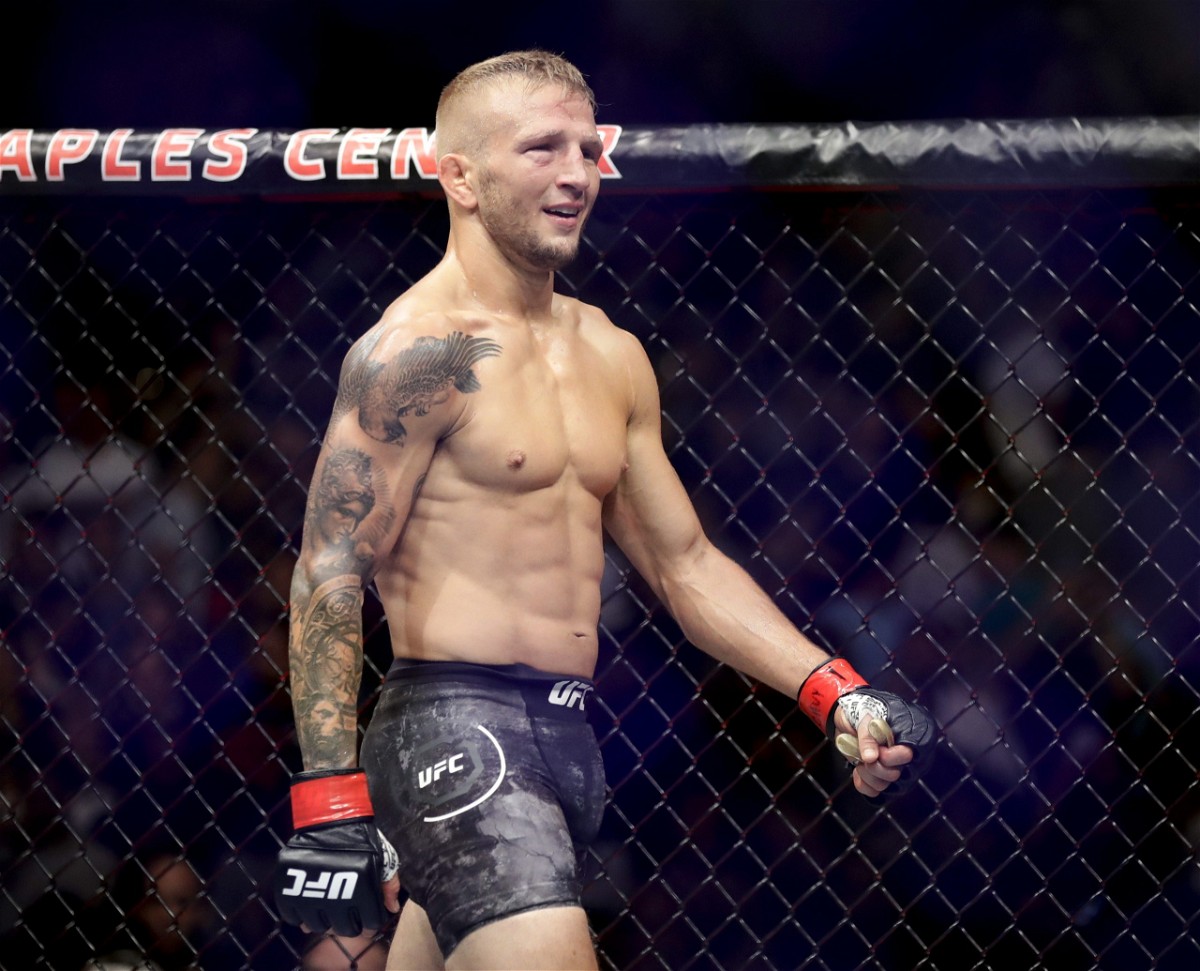 Widely considered as one of the best bantamweights of all time, TJ Dillashaw makes his much anticipated UFC return in the main event of UFC vegas 32.

The former champion was on his way to cement his legacy as one of the greatest ever until he decided to move down to the flyweight division.

It was believed that Dana White would have cut the entire flyweight division had Henry Cejudo lost to TJ Dillashaw. It was a huge opportunity for Dillashaw to achieve unprecedented feet. However, this fight brought multiple setbacks to Dillashaw.

Not only he lost the fight against Henry Cejudo but also received a suspension for 2 years as he failed USADA’s drug test for the fight.

Nevertheless, TJ Dillashaw is back in the action again and the fans can’t wait to see what he is going to bring to the octagon after 2 years of inactivity.

Also Read: Why TJ Dillashaw was suspended from MMA for 2 years?

TJ Dillashaw is one of the most exciting fighters in UFC bantamweight history. He never fails to amaze the fans with his incredible striking and all-rounded skillsets. The intensity Dillashaw brings to the octagon every time he enters the arena is impressive, to say the least. And his walkout song does the perfect job to hype up the fans before Dillashaw displays his world-class skillsets inside the octagon.

Without any doubt, TJ Dillashaw has one of the most electrifying walkout songs in UFC. The former bantamweight champion walks out to Red Hot Chilli Peppers’ “Can’t Stop”. This song was released in 2003 and ruled the music charts for a meaningful time.

Dillashaw has been using this song for his UFC walkouts for a long time. He walked out to “Can’t Stop” for his fights massive fights against Cody Garbrandt, Henry Cejudo, and Dominick Cruz. So it won’t be a surprise at all if Dillashaw walks out to the same song for his fight against Cory Sandhagen at UFC vegas 32.

UFC Rankings: Why Did Islam Makhachev Earn a Top 5 Spot Without Beating Any Top Ranked Lightweight?