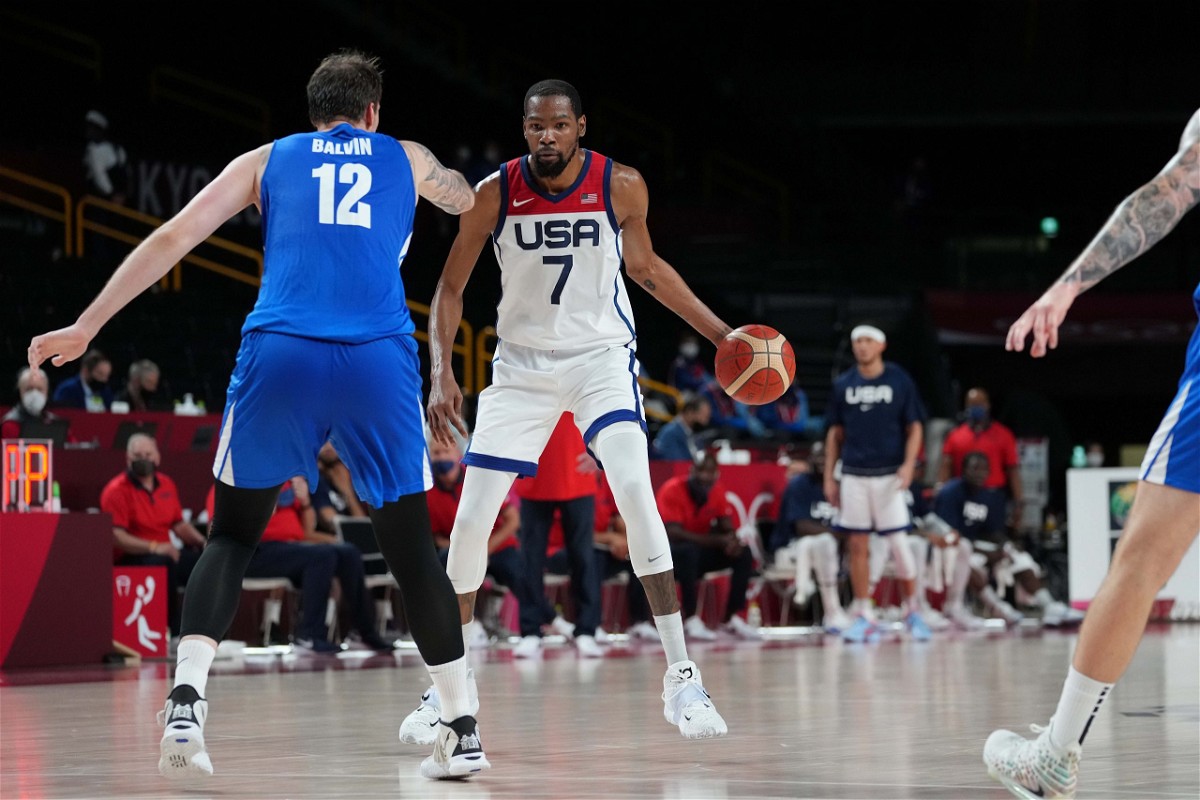 Kevin Durant is a man who needs no introduction. The small forward from the Brooklyn Nets is one of the scariest players to defend. He is a two-time NBA Champion, a two-time NBA Finals MVP, and 2014 MVP. His awards are not limited to just the NBA. Kevin Durant has achieved a lot as a player on the USA roster. His latest achievement has come from the 2020 Tokyo Olympics.

KD had a wonderful outing on the court. The Brooklyn Nets star put up 23 points with eight rebounds and six assists.

Also Read: Terrence Clarke and Isaiah Austin- What is The NBA Honorary Draft and Why is it Awarded

KD made a three-pointer during the second quarter of the game. This shot led to KD breaking a record. Kevin Durant passed Carmelo Anthony to become the Highest Scorer for Team USA in Olympic History. KD now has 337 points.

KD is still a long way from the Top Scorers in Olympic History. The record is held by Brazilian basketball star, Oscar Schmidt with 1093 points. In second position there is the Australian star, Andrew Gaze with 789 points. Both these players have played five Olympics in their life.

Kevin Durant is still in his third Olympic appearance. It is not easy to predict if KD will go on to break the record but he sure will continue to display wonderful basketball.

Also Read: Has Stephen Curry Signed the Contract Extension with the Golden State Warriors Yet?

Has Jon Jones Ever Tested Positive for Steroids?