Tokyo Olympics 2020: NBA And The Basketball World Take To Twitter To Congratulate Team USA On Winning The Gold Medal 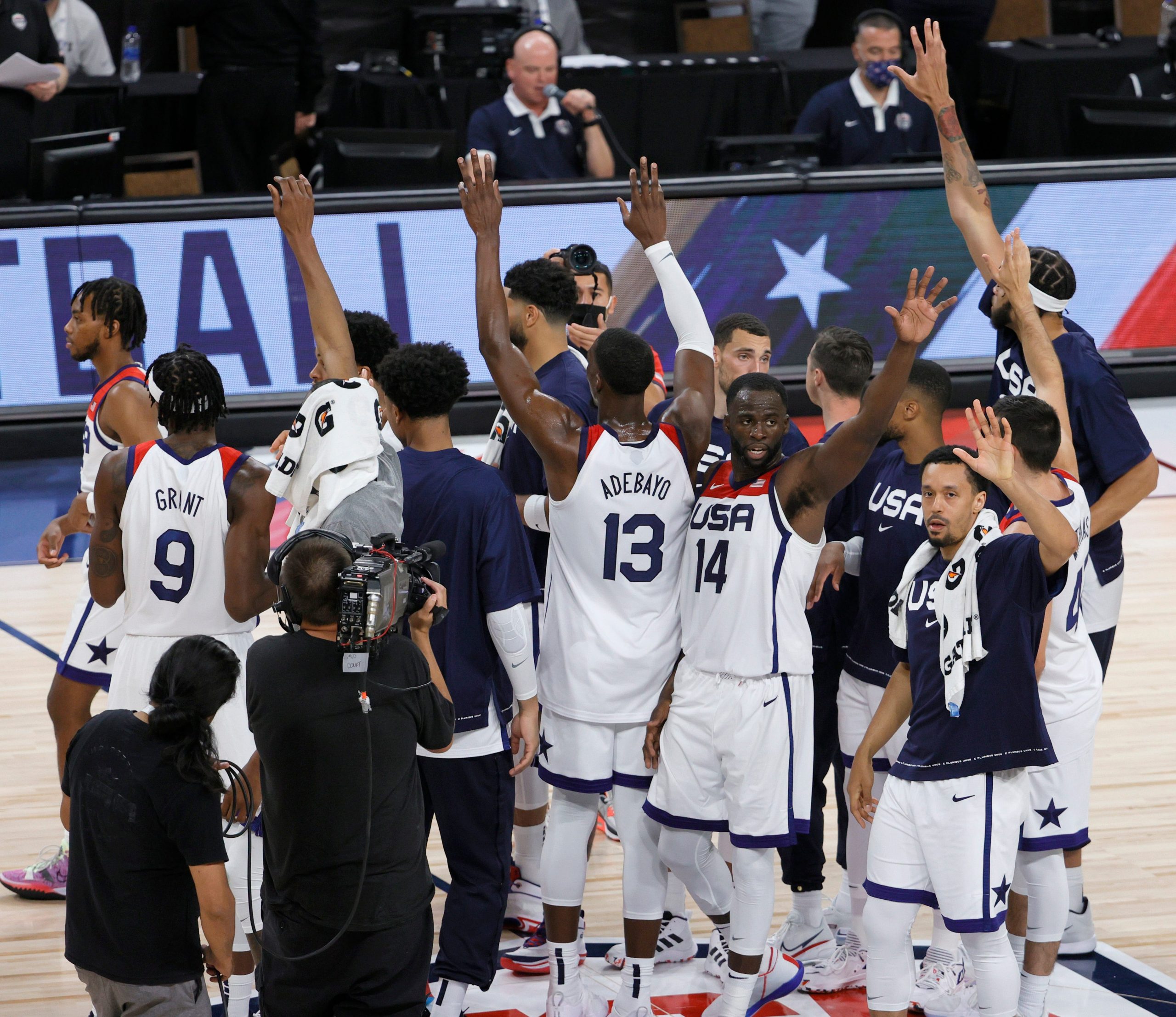 After a record 16th gold medal victory of Team USA, the basketball world took it to Twitter to shower their love on USA basketball for their feat. All the stars of the team are overjoyed and celebrating it should be. This is Team USA’s fourth straight Olympic gold medal. They went home with the laurels in this event in 2008, 2012, and 2016. Their win over France helped assert the dominance of USA basketball on the international stage.

The win was sweet for the USA while it’ll be something France will be looking to forget. Still, they didn’t fail to congratulate the champions on their great feat. they showed sportsmanship and the world respected that.

The French center Rudy Gobert didn’t hold back either. He congratulated the USA men on their victory. He showed great sportsmanship and respect for the game and his opponents. Rudy Gobert played a key role in getting France to the finals and is truly deserving of the praise he receives. He not only congratulated team USA but also had high praises for his teammates and quoted he was proud of their silver medal achievement.

Congratulations to @usabasketball for winning the gold. You guys earned it. Words cannot describe how proud i am of my brothers🇫🇷 and what we’ve accomplished as a group. We will be back stronger.

LeBron James, two-time Olympic gold medalist, of the Los Angeles Lakers, was short and to the point on his tweet. LeBron is one of the most followed athletes on Twitter and Instagram. His tweet got 6.7 k retweets and more than 80k likes. LeBron was expected by many to be on the roster for the Olympic Games, but he was caught up with the filming and production of his new movie ‘Space Jam: A Lew Legacy’.

All the teams in the NBA and their fans are mighty proud of their players’ achievements. Even though the USA won gold, the rest of the teams put up a great fight. It was not an easy path for the United States, but in the end, their determination earned them the victory.

Kevin Durant delivered in clutch and handed them the victory. Jayson Tatum did his part too for securing the win. All the members of the roster were ecstatic after they won the game and coach Greg Popovich was proud after leading his team from the sidelines. He definitely is one of the best Coaches in the history of the game.

. This was a historic run for Jrue Holiday and Khris Middleton as they join the elite company of Michael Jordan, Scottie Pippen, LeBron James, and Kyrie Irving as the only players in history to win an Olympic gold medal and an NBA championship in the same season.

Team USA is looking to continue its hegemony on the international stage with more and more great talents coming into the picture. Basketball has grown in such a way that more and more countries are sending exceptional talents to the NBA. If this goes on at this pace, international basketball would be a greater stage than the NBA. Players like Luka Doncic, Ben Simmons, and Giannis Antetokounmpo are just the beginning of great talents overseas.