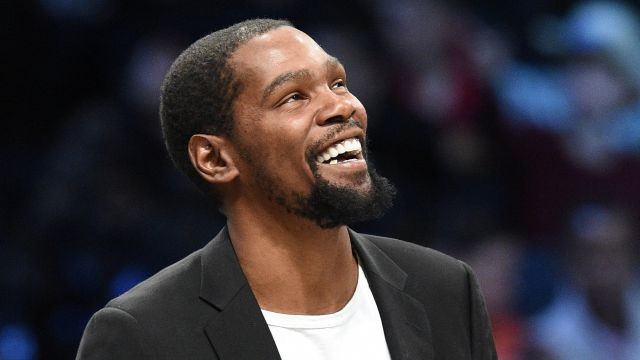 Basketball is sport which brings a lot of fun to athletes and viewers alike. Sometimes we get too invested in the competitive side that we forget the main part of playing any sport, the enjoyment. The players playing for Team USA, have just spent an entire season being competitive. However, they are using these Olympics to Win a Medal for USA and to blow off some steam as well. A couple of examples we have seen both revolved around Kevin Durant.

What Happened between Kevin Durant and Bam Adebayo?

A Video from a Team USA practice started to circulate. In said video, Brooklyn Nets star Kevin Durant makes a shot. Bam Adebayo rebounds the ball and goes to put up his own shot. However, KD was not best pleased with what Bam did.

There is an unwritten rule that Bam violated. It is that when someone makes a shot in practice you reward them the opportunity to shoot again. The reason is that they earned the 2nd shot as they made the first one. So Kevin Durant started to play around with Bam by telling him to give him the ball back.

That exchange was not just on court and made its way onto twitter as well with KD replying to the video.

Dog seen me knock down the corner three and proceeds to work on his ball handling with the ball I green bean’d wit. Bro gotta learn some respect @Bam1of1 https://t.co/OX4YeJLa5k

Bam saw what Kevin said and replied to his tweet with this.

And even Damian Lillard reacted to Bam’s statement.

It was all just joking between teammates that gave us fans some entertainment.

Another instance that occurred which was a lot more hilarious was this.

In a hilarious prank, all the USA Olympic Athletes got together to wish Kevin Durant a Happy Birthday. They all surrounded him and sand loudly for the NBA Superstar. The hilarious thing was that Kevin’s Birthday. KD’s birthday falls on 29th September but got his wishes in July.

.@TeamUSA wished @KDTrey5 a happy birthday before the #OpeningCeremony at the #TokyoOlympics.

Kevin Durant was born on September 29th and his reaction was 😂😂.

Because of the overwhelming number of people wishing Kevin Durant, his reaction was awkward and hilarious to look at.

The Olympics have really showed us an extremely funny side of KD on Team USA and they haven’t even played a game yet. We will surely get too see even more gems in the coming days.

Also Read: Khris Middleton, Jrue Holiday and Devin Booker fly together to Tokyo for the 2021 Olympics