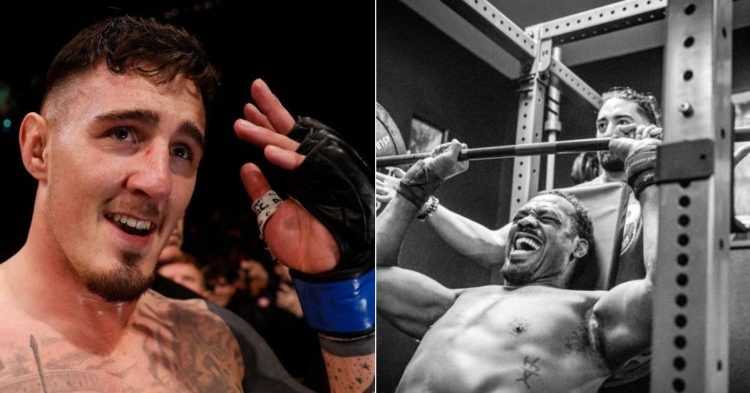 In such a short period of time, Tom Aspinall has climbed through the rankings and emerged as one of the top contenders in the UFC’s heavyweight division. Aspinall is set to headline his second straight UFC Fight Night in London and fans couldn’t have been more excited.

Should Aspinall emerge victorious this July 22 at Fight Night London, there’s every reason to believe that he could find himself in the title picture with big fights against notable names. One such name has to be Jon Jones, who will likely make his heavyweight debut in the near future.

Jon Jones and Stipe Miocic have been linked for quite some time now. While there were reports Jones could face Francis Ngannou in his heavyweight debut, with the heavyweight champion out due to an ACL tear, it looks like we could see Miocic vs Jones after all.

Tom Aspinall admitted being a fan of Jon Jones in conversation with the media and is eagerly waiting to see. Jones in the heavyweight division. Much like all of us, Aspinall is tired of all the talk surrounding Jones’ return and is just waiting to see how Jones will fare in the new weight class.

Contrary to what a lot of other heavyweight fighters have spoken about Jones, Tom Aspinall was quite respectful towards the former light-heavyweight champion.

Jon Jones hasn’t stepped inside the UFC Octagon since his unanimous decision win over Dominick Reyes back in February of 2020 at UFC 247. Moreover, there’s no clarity on Jon Jones’ potential new UFC contract or a confirmed next opponent for his heavyweight debut. Only time will tell what lies ahead for Jon Jones, who will look to make a statement in the heavyweight division and truly cement himself as the MMA GOAT.