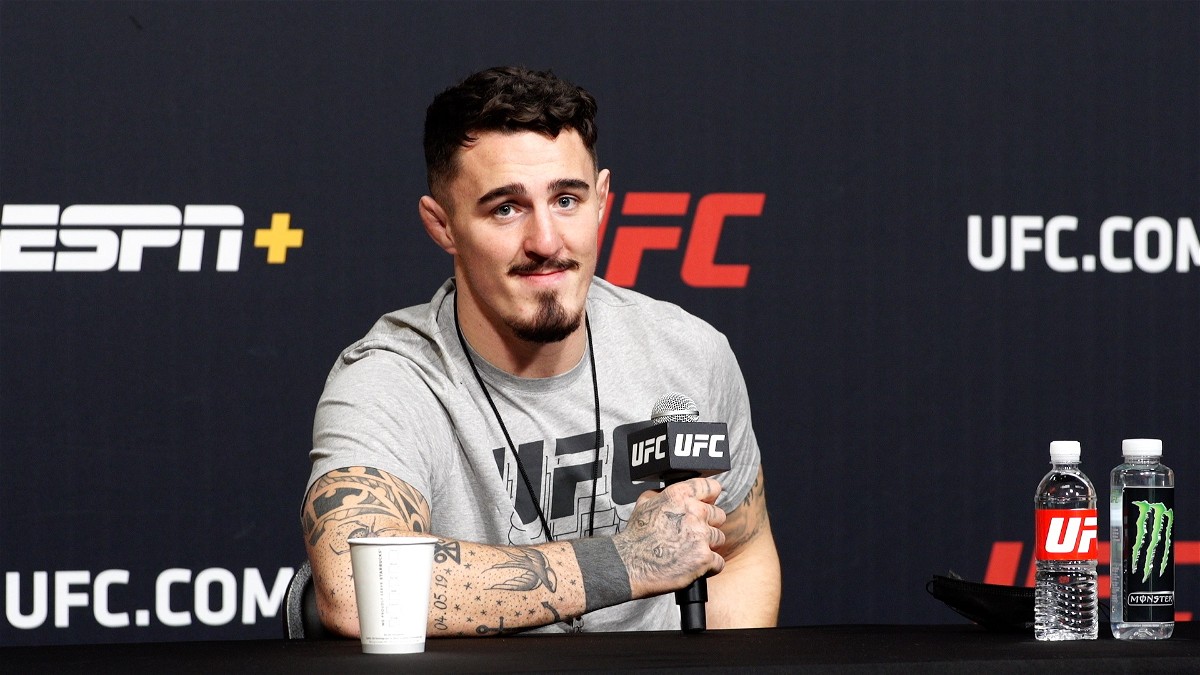 Ahead of the very first headlining spot of his career, Tom Aspinall reveals which song he will choose to mark the special occasion.

The choice of a song before the fighter walks out is essential to setting the mood of the arena. The accurate choice of the song has the potential to rile the crowd up and make them back their favourite fighter with extra vigour.

During a recent interview with BT SPORT, Tom Aspinall revealed the song of his choice for this Saturday at UFC London. He will be fighting in his own country and Aspinall has chosen a song that is catchy and uplifting at the same time.

“Curtis Mayfield, ‘Move on up.’ Absolutely blow the roof off! It’s gonna be epic. Oh hell yeah! That with twenty thousand people who have been drinking for 12 hours, is gonna be unreal!”

The song is about chasing the dream and moving towards the goal without losing focus. It will perfectly reflect the situation that Aspinall is in right now. He is chasing the heavyweight goal and the fight against Alexander Volkov will help him in moving up towards that gold.

Is Tom Aspinall the next big star from the UK?

UFC has had a few big stars from the United Kingdom. Fighters such as Michael Bisping, Darren Till and Leon Edwards have been established in the world of the Ultimate Fighting Championship. However, only Michael Bisping had the opportunity to capture the UFC gold.

But new generation UK fighters are slowly starting to take over. Tom Aspinall is undefeated in the UFC. So far, he has been a buzzsaw in the organization. Tom has dispatched all of his opponents without much of a fuss.

He is very technical in his approach. However, it is not boring to witness. Sometimes, a technical fighter can also be very risk-averse. However, Tom Aspinall has a very entertaining style of fighting. If he can replicate his usual form this Saturday on a card that was built around him, then the backing of UK fans will certainly propel him to superstardom.