UFC returned to London with a stacked card full of exciting fights and it did not disappoint the fans at all. The card featured a main event between Tom Aspinall and Alexander Volkov and in the featured fight Paddy Pilmblett took on Rodrigo Vargas.

Well, the fans were not disappointed in the O2 arena as both Paddy Pimblett and Tom Aspinall came out victorious with first-round submission wins. But, Aspinall looked like an elite heavyweight inside the ring at UFC London.

Alexander Volkov is one of the toughest fighters in the heavyweight division. And Aspinall has put the UFC heavyweights on notice by dominating Volkov in striking and then getting the submission win.

Tom Aspinall was fighting in front of a huge crowd for the first time in his MMA career. But, he handled the pressure of a UFC main event pretty well and started the fight very strong.

Aspinall was clearly the faster and more technical striker. And despite the striking experience of Volkov, Aspinall looked dominant on the feet.

Aspinall got an early takedown and bloodied Volkov with vicious ground and pound. In the end, Aspinall was able to tap out Alexander Volkov with a kimura at 3:45 min of round 1.

Following his win at UFC London, Tom Aspinall called out Tai Tuivasa, who is on an incredible 4 fight winning streak.

Tai Tuivasa is one of the most exciting heavyweights in UFC and he is coming off a huge win over Derrick Lewis, who has the record for most knockouts in UFC history. 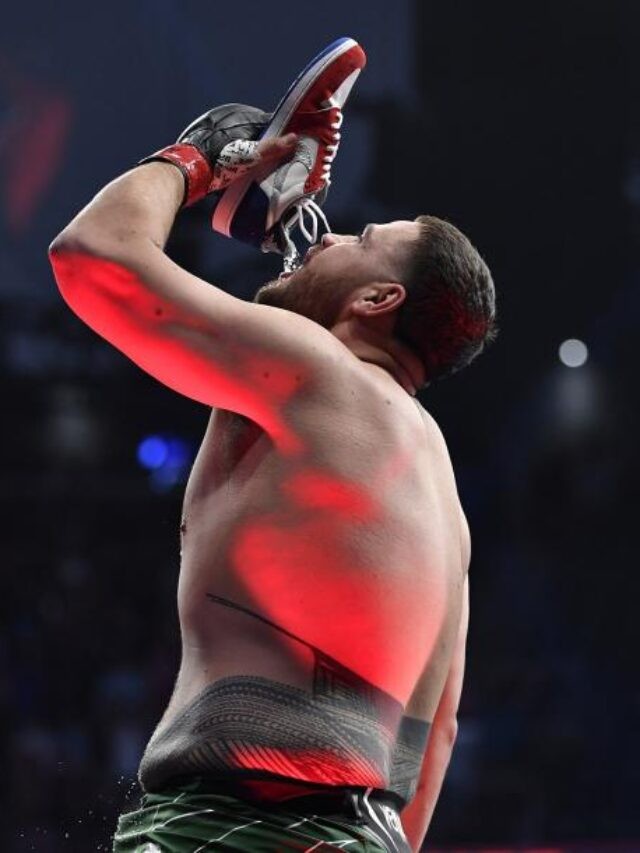 And a fight against Tai Tuivasa will certainly give some trouble to Aspinall, who has not faced any adversities in his UFC career so far. Tuivasa has brutal knockout power, that will certainly test the chin of Aspinall. But, looking at Aspinall’s last few performances it can be predicted that he will be fighting for the UFC title in the near future.