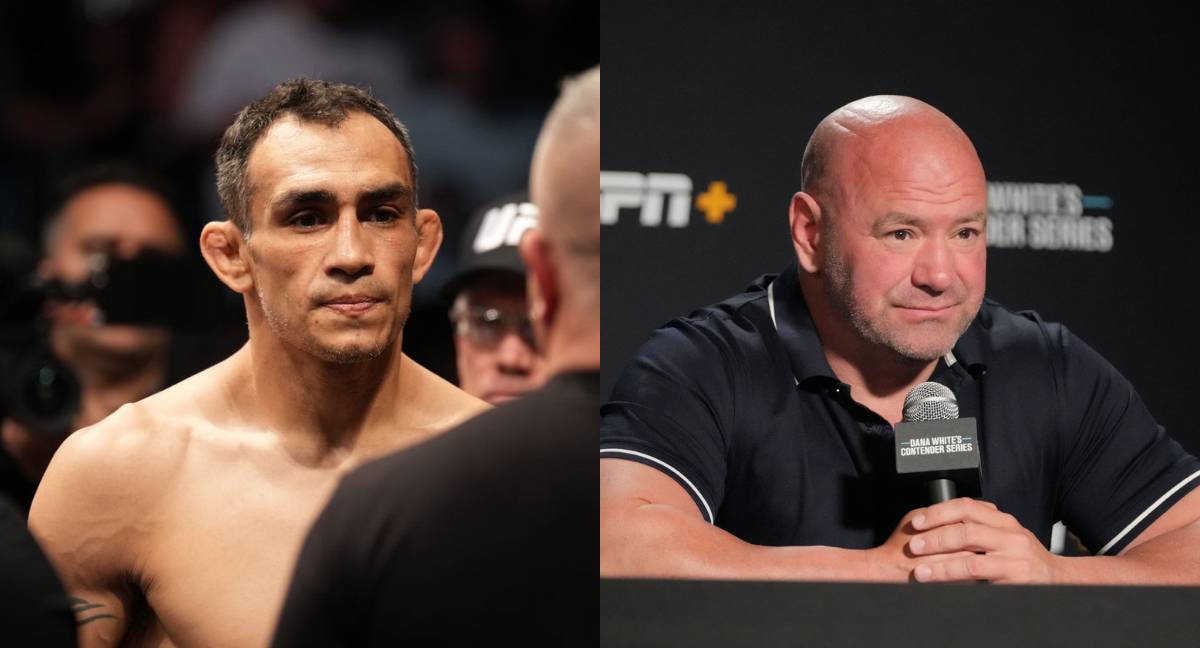 Tony Ferguson was on the receiving end of a vicious KO in his UFC 274 loss to Michael Chandler. Ferguson was returning to the ring with three losses on a trot and was determined to prove that he isn’t done yet.

However, things did not go as planned and he ended up suffering his first KO loss. Since that fight, a lot has been said about Ferguson’s future with people suggesting that he should call it quits. But, ‘El Cucuy’ has made it known that he has no plans of retiring just yet.

FRONT KICK TO THE FACE! 🤯

TONY FERGUSON IS OUT COLD! 😱

MICHAEL CHANDLER WITH MAYBE THE KNOCKOUT OF THE YEAR! 💥#UFC274 pic.twitter.com/t3DBr0fW4v

During a recent interview with Submission Radio, Ferguson revealed how his performance in the first round of the fight and Dana White’s praise post-fight led him to decide against retiring. He said:

“It’s a pain in the a** to be able to look at these losses. But like I said if I didn’t have the will and the want to be able to do that and then know that when Dana said that I looked phenomenal that first round, I looked really good, I would’ve just called it quits.”

What’s next for Tony Ferguson?

It is safe to say that Tony Ferguson is hungry for more and is determined to fall back to winning ways after suffering four straight losses. However, age is certainly not on his side. At the age of 38, there is not much time for Ferguson to compete at the highest level.

While Tony Ferguson’s future is certainly in the UFC, there have been no discussions of who he’d fight next as of now. Ferguson’s last four fights have been against the top guys in the Lightweight division and even though he doesn’t lack the skills to beat these fighters, he needs a tune-up fight against a rather easy opponent.

Regardless of who he’ll fight next, Ferguson’s next fight could prove to be his last if he fails to win the bout. So, ‘El Cucuy’ certainly has to regroup himself and fall back to winning ways upon his return to the octagon.