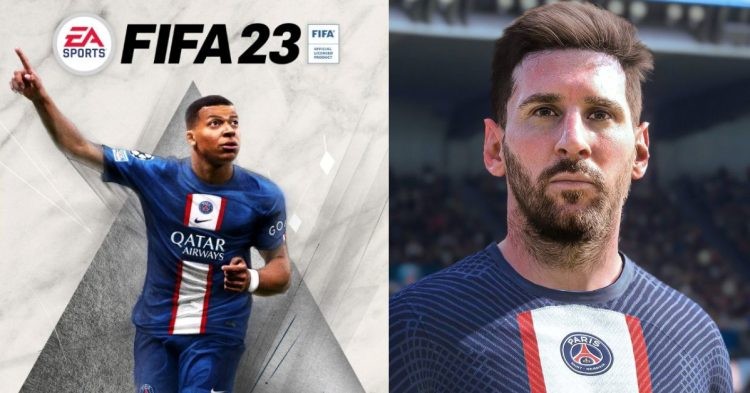 EA presented it’s customers with a handful of new features coming to this year. Associated with FIFA’s Career mode and graphics which can all be seen in the game. But, despite the fact there’s new changes in the personality system, followed by the updated menus & improved AI graphics. Some fans on the FIFA Career mode sub-reddit are less than impressed.

There has been already a thread on the Career mode saying “that was disappointing.” Although it’s not all negative, there has been some positivity towards the new features. It  allows you to use a real manager in Career Mode for the first time. You’re also able to visit players in hospital and customize third and goalkeeper kits.

These chants are getting more & more realistic! 😍 #FIFA23 pic.twitter.com/PawkO3Xjsx

In the comments under a post on YouTube one fan expressed disappointment. He elucidated that the youth system introduced two years ago doesn’t appear to be getting any attention.

The biggest negative aspect of the game that has been highlighted by the fans is regarding the Game mode. The game mode still isn’t getting an overhaul in FIFA 23, but instead will just be getting minor tweaks to pre-existing features.

The realism in #FIFA23 is unmatched. pic.twitter.com/Wsc2TohrWT

One viewer commented saying, “ they are just really frustrated with the lack of ambition in this mode.” Another said, “It’s been Four and half minutes and people are already complaining about the new trailer.”

Too bad the games garbage

One viewer on YouTube also added, “I honestly think it is a step in the right direction, especially the Player Career mode.” And lastly one wrote, “too bad the game’s garbage”, taking a direct shot at EA for not developing the most famous video game in the world.

The fans have the right to be disappointed, as they expected a lot. The game falls flat as soon as it tries do something unique. With such a huge Goodwill and massive demand in the market EA couldn’t fulfill its customer’s demands and expectations.

One of the biggest changes will be the AI improvements. At the very least this could correct some of the bugs from recent years, and make the opposition teams feel more intelligent and unique with how they play.

We won’t know how effective these changes will be until we can play the game, so we will have to wait and see, but hopefully fans of the franchise will be less disappointed once they have gone hands on.