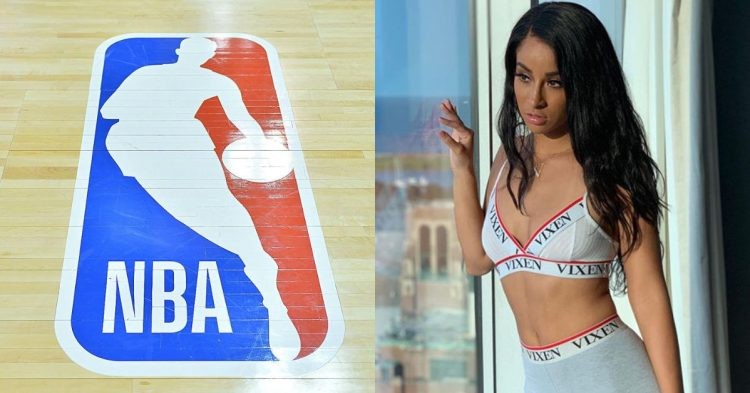 Teanna Trump is one of the most famous adult stars in the world. She has garnered a huge fan following for her work in the adult performance industry over the years. It looks like the NBA world locked its eyes on her when she made some surprising revelations a while ago.

For context, Teanna said that she was involved with an Indiana Pacers player when she was just 16 years old. The fact that she was extremely young when that happened seemed to have caught plenty of attention. However, she did not stop there. On the No Jumper podcast with Adam22, Teanna disclosed that she was quite involved with another NBA player.

She said, “I got this one famous athlete log in to my Instagram and Twitter, cause he said he was gonna help me out with business. He went on there and was messaging men, acting like me, but he was like, ‘I got a new number, hit me up’. He would message them, ask them for videos.”

Adam was shocked by what Trump said. When he asked if the player was “low-key” gay, Teanna said, “Swear to god!” Together with that, Teanna also revealed that the player was one of the top 5 players on the highest-paid NBA players list.

Who could the gay NBA player be that Teanna Trump had a “relationship” with?

The only player who openly came out as gay was Jason Collins. Apart from him, we haven’t had any other athlete come out. But with the detail Teanna blurted out, we could probably arrive at a conclusion. We do not know the timeline of things that Teanna had in mind, as it could have happened way before. But her podcast interview was uploaded in 2019.

According to ESPN, in the 2018-19 NBA season, Stephen Curry was the highest-paid NBA player. Below him, it was Chris Paul, Russell Westbrook, LeBron James, and Blake Griffin in order. Chris Paul is currently involved in some major controversy after Kanye West accused him of having an affair with his ex-wife Kim Kardashian.

In addition to that, LeBron, Russ, and Steph are all family men. That leaves out only Blake Griffin. If it was him, it wouldn’t be the first time he had been involved with an adult performer. In the past, many have claimed that Griffin was in a relationship with Lana Rhoades.

With that said, it would be unfair to arrive at the conclusion that Griffin could be the player Teanna was in a relationship with. She hasn’t disclosed many details and it isn’t enough to decide who it truly is. However, fans will be interested to know who the “secretly gay” player is.