Trae Young Reacts to Being Snubbed from Team USA Roster for the Tokyo Olympics? 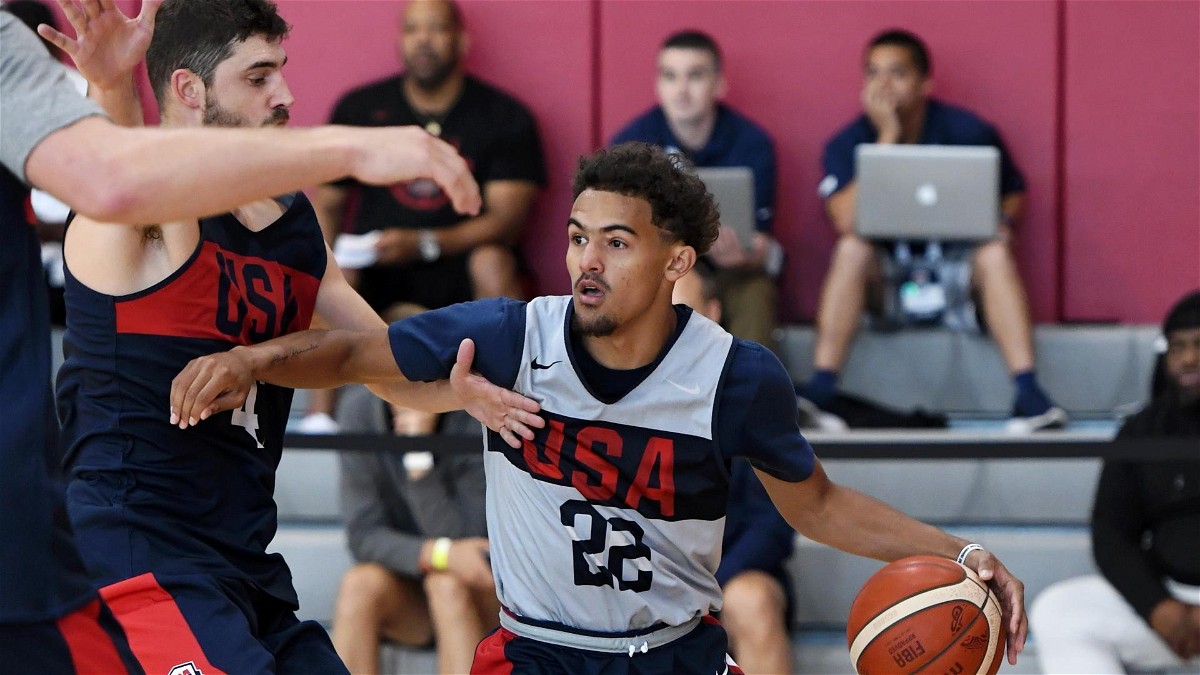 Considering the immense talent the NBA holds, there are snubs in every category of the game. Be it the All-Star Game, the All-NBA team or even playing for Team USA. Regardless of well you play, its impossible to credit each player that had a great season. However, Trae Young is all too familiar with being snubbed.

Imagine averaging nearly 25 points and 10 assists but not making an all-star team. Imagine leading your team to the ECF but not being included in any of the 3 All-NBA Teams. Trae Young was the most successful and the best guard in the Eastern Conference but was not invited to play for Team USA.

Also Read: Tokyo Olympics: Could Officiating be the Reason Behind Team USA Losing in Olympics

Why Was Trae Young Snubbed?

On the roster announced for Team USA, a major chunk of them were guards and undersized forwards. The Place where the Team Lacked the most was in Big-Men. That’s not to say that Trae couldn’t have played over all those other guards. In fact, based on this season’s performance, he definitely outclasses a lot of them.

The 3 reasons why he was not included is more based on fit, rather than ability.

How did Young React to being Snubbed from Team USA?

Trae Young took to twitter and posted this video.

The original context behind the video was Isiah Thomas, speaking on being snubbed from the Dream Team. This somehow fit perfectly with the situation Trae Young is currently in.

However, it isn’t all bad news for Trae Young. Because of Bradley Beal put into Covid-19 protocols, a spot has opened up on Team USA. Among the frontrunners, Trae Young’s name has popped around a lot. Maybe we could actually see him play for Team USA but that decision is entirely in the hands of Pop. Even if Trae does not participate this year, he will have many opportunities to do so in his long career.

Also Read: Here is Why Bradley Beal is Not Playing for Team USA at the Tokyo Olympics