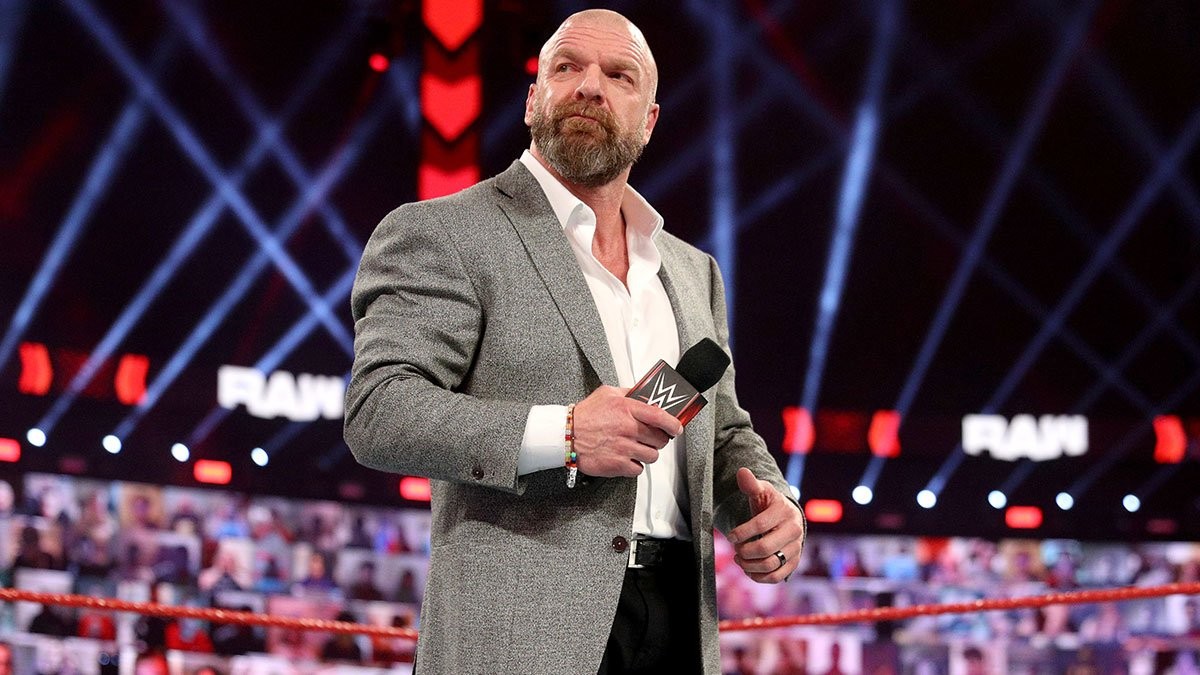 Triple H has announced his retirement from active in-ring competition. During an appearance in an appearance on ESPN’s ‘First Take’, He broke the news with a heavy heart.

Although he was a part of WCW, Hunter Hearst Helmsley (HHH) rose to relevancy after his debut with WWE in 1995. However, he didn’t become ‘Triple H’ until a couple of years later. His gimmick started to have a bit more edge since the formation of D-Generation X (DX). Mainly thanks to him and Shawn Michaels, the faction became a fan favourite in no time!

He went on to have a successful singles career as well. His rivalries against The ‘Heartbreak kid’, John Cena and CM Punk have etched their place in the illustrious history of pro-wrestling. Hunter also had some of his best matches in the ring against The Undertaker at Wrestlemania 17, 27 and 28.

The 14-time WWE world champion was famous for his furious style of promos and manipulating the audiences and opponents alike with his mind games. He was one of the major catalysts behind the break up of ‘The Shield.’ His reign as the head of the heel faction ‘The Authority’ defined the early 2010s.

Why did Triple H retire?

Paul Levesque is one tough man. He famously blew out his quads once in a tag team match. Usually, any normal human being would have writhed with agony after such a horrifying injury. But Hunter went on to finish the contest. Not only did he finish it, but Triple H also took a Walls of Jericho submission attempt which involves the use of legs.

Hence his toughness is beyond reproach. Very recently he tore his pectoral muscle during a match in Saudi Arabia where he teamed up with a returning Shawn Michaels to take on the ‘Brothers of Destruction.’ Triple H wrestled despite the injury and gave fans their money’s worth. But even someone as unshakable as Hunter has his limits. The 52-year old had a severe heart condition last year. In the interview with ESPN, he revealed that his ejection fraction was dangerously low. For a healthy human being, the normal ejection fraction is somewhere around 50%-70%.

But in September of last year, his ejection fraction went down to 10%-12%. Hence, he was at serious risk of having a heart falling. ‘The King of Kings’ underwent surgery where a defibrillator was placed inside. It ultimately pushed him towards retirement.

I’ve been blown away by the outreach and support from so many people. I’m recovering, doing well, & deeply grateful for all the love in my life. Especially grateful for @ShawnMichaels & all the Superstars & crew @WWENXT! (Steph and the girls loved the snacks!)
See you soon ????❤️

He spoke about what his family went through during the process and ultimately Hunter decided that wrestling with such a condition is not sustainable and hanging up with wrestling boots was the best decision going forward. During the ESPN program, he said

“You know as far as in-ring, which I get a lot, I’m done. No, I would never wrestle again. First of all, I have a defibrillator on my chest, which (is) probably not a good idea for me to get zapped on live TV”

The King of Kings. pic.twitter.com/orXag7bxBs

Despite his in-ring retirement, Triple H will be working very closely with the WWE. He currently occupies the role of Executive Vice President of Global Talent Strategy & Development. Although the fans may not get to him hitting the ‘pedigree’ anymore, Triple H’s impact in the industry will forever be unparalleled.