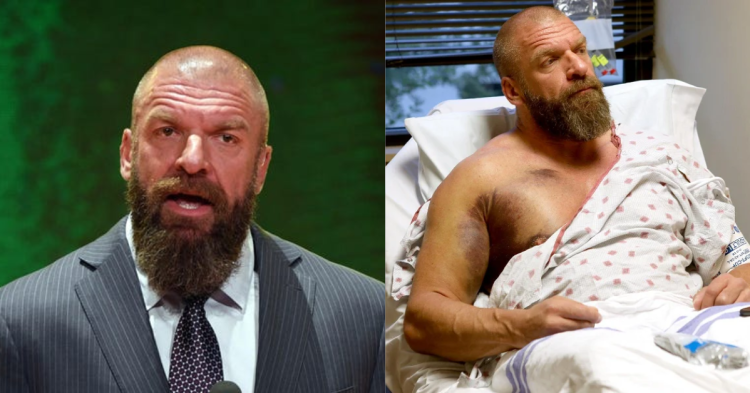 In a recent interview with Ariel Helwani of BT Sports, Triple explains more about his Cardiac Event from last year and gives some unknown details about it.

Triple H is considered one of the greatest talents to ever lace up a pair of wrestling boots.  With a Career spanning almost 30 years, Triple H has done almost everything in the industry from Main Eventing WrestleMania to being a Grand-Slam Champion.

In a recent interview with Ariel Helwani of BT Sports, Triple explains more about his Cardiac Event from last year and gives some unknown details about it.

Triple H puts light on his Cardiac Event, which made him retire from In-Ring Competition. Triple H was forced to undergo effective heart surgery at Yale New Haven Hospital in New Haven, Connecticut, on September 9, 2021, according to a statement from WWE. Additionally, according to a statement from the WWE, Triple H’s cardiac event—caused by a genetic heart condition—made the surgery necessary.

He tells that he developed Pneumonia due to which he had trouble breathing. On initial diagnosis, Doctors thought it to be a complication of COVID-19, but after EKG Hunter’s heart rate raised a constant. After Several X-rays and EKGs and other scans, it was found that Triple H has a genetic condition due to which his left anterior descending artery (LAD) also known as “A widow maker” had a blockage.

Later in December 2021, Triple H undergo a 15 Hour of Surgery to install “Defibrillators” which are machines that shock or pulse an electric current into the heart to get it to beat normally again. They are used to prevent or treat an irregular heartbeat that beats too slowly or too quickly, or arrhythmia.

I’ve been blown away by the outreach and support from so many people. I’m recovering, doing well, & deeply grateful for all the love in my life. Especially grateful for @ShawnMichaels & all the Superstars & crew @WWENXT! (Steph and the girls loved the snacks!)
See you soon 🙏❤️

While in the Interview with Ariel Helwani of BT Sports, Triple H talks about the Ideas he was initially pitched for his Wrestlemania 38 segment.

WWE has recently signed an Olympic Gold Medalist Gable Steveson. He was briefly Introduced to the WWE Universe as the New Signed WWE Superstar in a very formal way. HHH mentioned that he was supposed to have a segment with Gable Steveson, giving him his very first WrestleMania Moment and also making the crowd more excited for Gable’s Debut.

Unfortunately, due to Triple H’s recent cardiac Events, he was forced to retire from in-ring Competition. Which meant he can’t take any more Bumps resulting in the scraping of the idea of the Hunter-Gable Segment at the grandest stage of all sports entertainment.

“There was a plan for me to do something at WrestleMania that we had talked about. I was to do something with Gable Steveson and tried to get him launched and get going,” said Triple H. 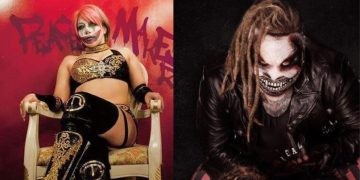