Conor McGregor and Nate Diaz are leaving no stones unturned in taking a dig at each other on Twitter. It all started with McGregor making a joke on Diaz’s yacht trip from back at UFC 196. It was reported that Diaz was on his yacht when he got the offer to fight McGregor on short notice at UFC 196. It was interesting to see McGregor bring that up after all these years as he mocked Diaz and demanded to see the yacht that Diaz was partying in during the time.

You can’t just go around calling regular boats, yachts.
The rhetoric spread around in this business is disgraceful at times. “Nate was partying on a yacht in Cabo”
I demand to see this “yacht”
He was fighting for 20k at that exact time. 20k show. 20k win was his exact purse.

“He was partying on a yacht in Cabo” pic.twitter.com/XcmV4HSG9b

Isn’t that crazy! Who’s the real bad motherfucker anyway ? Went up two weight divisions on a weeks notice to fight him for that fight. No hesitation. Straight onto my jet. In thru the side door. Surprise, surprise https://t.co/ku9NtjAsBT

The trash talk escalated to a point where it grabbed Diaz’s attention who fired back at Conor and claimed that the Notorious has always been given a push by the UFC while the Stockton Slugger has earned his way up to the top.

Who went up two weight classes in half a day notice no hesitation and not promotion about it just did it cause I ain’t no bitch how’s that Conor fuck u
Whatever u think u did already been done by a real G
Try not to get finished agaaaain pic.twitter.com/eA5zK7Ffp3

Diaz also joked about McGregor’s recent loss at the hands of Dustin Poirier and asked him to not get knocked out in the upcoming fight. In a sharp reminder to the rematch, McGregor shot back at Diaz and stated that the Stockton fighter is well aware of his ability to bounce back in the rematch. He added that Diaz need not worry about his next fight.

And don’t worry on my next fight bro. You and your face know what I’m like when I go again with it. pic.twitter.com/2XsSEOdTax

The tweet from Diaz was in response to Conor claiming that he is the real “BMF” for stepping up on two-week notice and jumping to the weight division to take on Nate Diaz at UFC 196. Needless to say, the timing of all this is quite exciting considering Diaz just announced his return to the Octagon in a five-round co-main event against Leon Edwards at UFC 262 on May 15.

Conor McGregor vs Nate Diaz 3 on the cards

Conor McGregor and Nate Diaz have been teasing a trilogy bout for quite some time now. McGregor had stated when news of Diaz returning to the lightweight division made noise, that he would love to run it back with Nate for the UFC’s lightweight championship. Diaz also spoke to ESPN in his most recent interview about how UFC wants to bring back McGregor after his recent loss by pairing him against him for the trilogy bout. 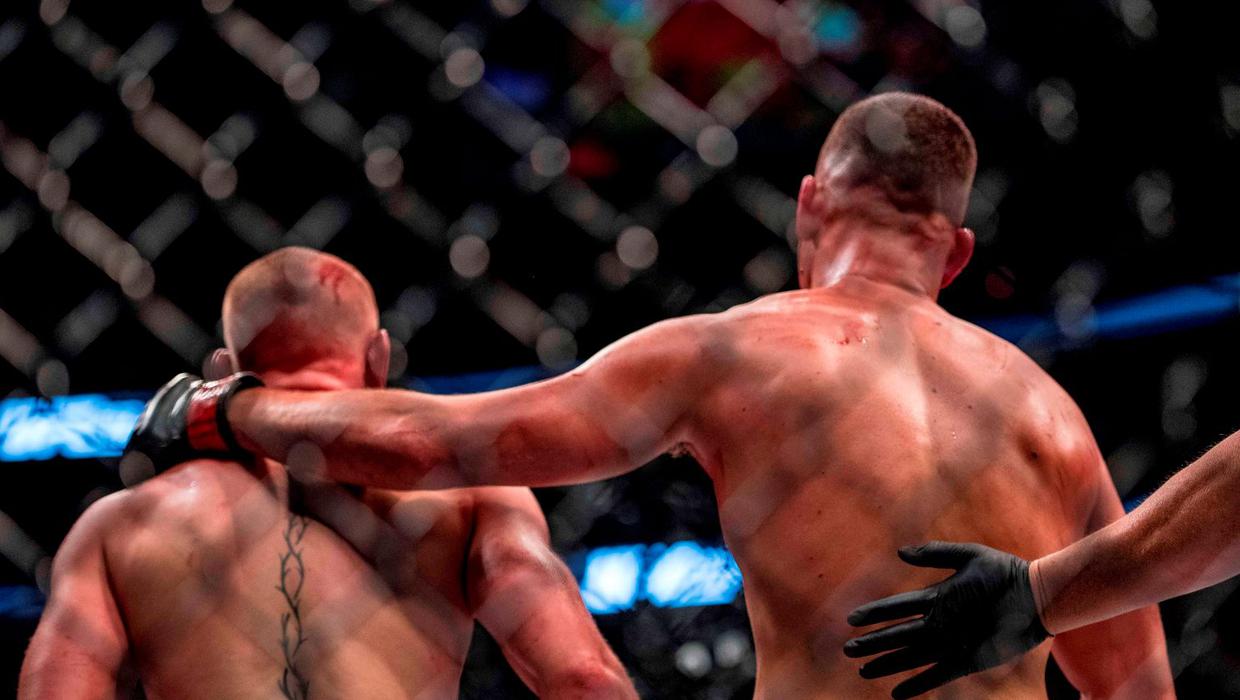 Needless to say, sooner or later, both the fighters will share the Octagon once again and when that happens, it’s sure to say that the fight will go down arguably as one of the most popular in the history of the sport.

Also Read: Jon Jones Claims He is Being Offered $10 Million to Fight Francis Ngannou – “Would Be Way Too Low For a Fight of This Magnitude”