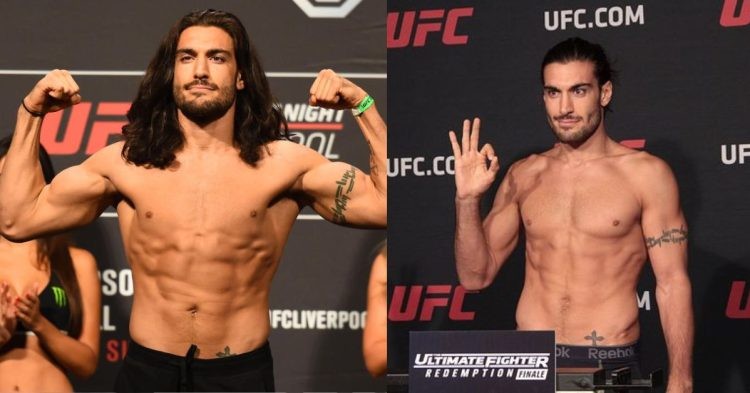 Elias Theodorou, the former UFC competitor and “TUF Nations” champion, unfortunately, passed away recently. He lost his battle with cancer on Sunday. After numerous rumours of Theodorou’s passing appeared online, those who knew him formally confirmed the information.

Prior to his passing, He had kept his condition a secret. Aaron Bronsteter, a reporter for TSN, reported that he had been identified as having stage 4 liver cancer.

Sadly, a representative of Elias Theodorou has confirmed earlier reports that he has passed away at age 34.

Theodorou was privately battling Stage 4 liver cancer and had only told a select group of people of his diagnosis.

In January 2020, he made history by becoming the first professional athlete to be granted a therapeutic use exemption for cannabis. He was a well-known proponent of medical marijuana. In 2018, “The Spartan” worked as a “ring boy” for the all-female group Invicta FC.

A member of the @InvictaFights family has sadly passed from his battle with cancer. Our sincere condolences to his friends and family. Elias was truly a kind, humble and charismatic personality who will be missed greatly by all. #RingBoy pic.twitter.com/20nkgnLZgU

After losing to Derek Brunson in 2019, he would go on to amass an 8-3 record in the UFC before being unexpectedly let go by the Las Vegas-based organisation. He defeated opponents like Cezar Ferreira, Sam Alvey, and Eryk Anders, among others, in the Octagon.

The MMA community was disheartened hearing upon the news of his death. This was evident when the fighters and fans showed their condolences online. Including Dana White, the president of the UFC, paid tribute to Theodorou on Instagram. Here are just few reactions :

Shannon Knapp, president of the Invicta Fighting Championship, took to social media and gave her heartfelt condolences. She stated, “You were such a beautiful soul. Always so kind and such a bright light in this world. This news is devastating. You will be greatly missed, but never forgotten. Fly high, Elias!”

Horrible news to see, Canada lost a great one 🇨🇦

Arjan Singh Bhullar also took to Twitter to give his heartfelt condolences. He stated, “This is so damn sad. Never heard a bad thing said about him and blown away he just fought less than a year ago. RIP”

This is so damn sad. Never heard a bad thing said about him and blown away he just fought less than a year ago. RIP🙏🏾 https://t.co/UEqpdG6WEQ

Numerous thousands of people have remembered Theodorou on social media. We extend our sincere sympathies to his family. His legacy and larger than life personality will always be remembered and cherish in the MMA community. May God let his soul rest in peace and heartfelt condolences to his family.