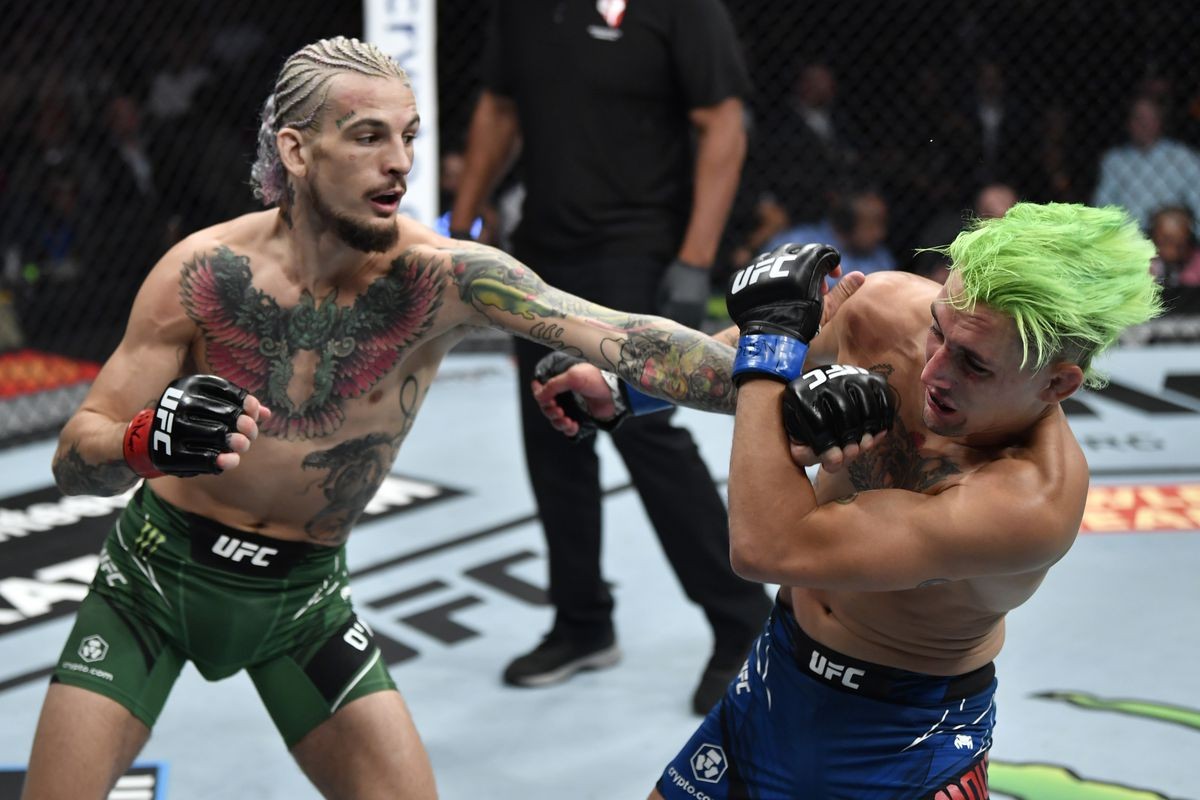 The UFC 264 main card kicked off with the Sean O’Malley Vs Kris Moutinho fight and all the fans present in the arena were shell-shocked. This is because both the fighters went to war and had the entire world on their feet since the opening minute of the fight.

Sean O’Malley showcased a striking masterclass throughout the fight and secured the win via TKO in the third round of the fight. However, Kris Moutinho was the fighter who surprised everyone with his aggressive pursuit despite taking a significant amount of damage. Not only was he aggressive but he showed great determination to come back and take more shots after getting dropped by Suga Show in the first round.

As a result, Kris Moutinho received a lot of praise for his performance from the MMA world on Social Media. Former UFC  Welterweight fighter Ben Askren compared Moutinho to Nate Diaz. “Moutinho should be an honorary DIAZ!! Taking an Ass whipping and still talking shit.

Moutinho should be an honorary DIAZ!! Taking an ass whipping and still talking shit.

Meanwhile, other fighters and pundits gave props to Sean O’Malley for his stunning execution during the fight. UFC bantamweight champion Aljamain Sterling went on Twitter to praise Suga Show. “O’Malley put on the Suga Show like never before but that was a terrible stoppage”

O’Malley put on the Suga show like never before but that was a terrible stoppage! #UFC264 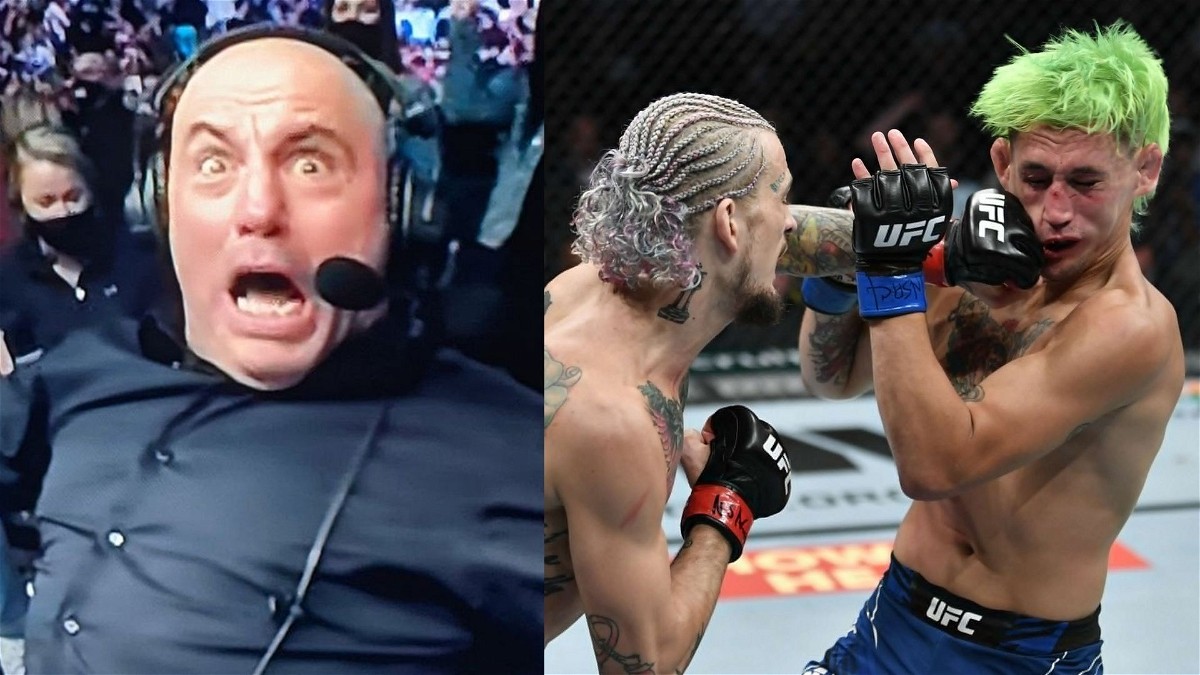 Sean O’Malley was relieved after earning a hard-fought victory over Kris Moutinho. The Suga Show was overjoyed but he gave props to Kris Moutinho for taking the fight on short notice. In addition to that, he also praised his opponent’s performance. During the post-fight interview, Sean O’Malley praised Kris and gave him credit by stating “Kris is a bad mother*****r” repeatedly.

Sean O’Malley had mixed reactions about the stoppage as he believed something bad could have happened if referee Herb Dean didn’t stop the fight. But UFC fighters and analysts had a different opinions regarding the stoppage. UFC lightweight superstar Justin Gaethje took on Twitter to share his disappointment. “Herb has to let the kid go for his money”

Former Champion Daniel Cormier also shared his views on Twitter and argued with several other users on the platform about the stoppage. “I’d have loved to see him finish! One of the worst beatings I’ve ever seen but man kid fought with so much heart. He deserved to finish!”

I’d have loved to see him finish! One of the worst beatings I’ve ever seen but man kid fought with so much heart. He deserved to finish!

Fight should have ended at the end of the first if the damage was a concern. There were 30 seconds left. Bad call. And it did Suga no favors.

Of course, that should not be the concern of a ref but it’s a byproduct of the ultra questionable decision.

Dang Herb let him get his ass whipped for 14.5 min then calls it with less than 30 left.

In the end, it is very difficult to comment on the situation as anything could have happened in the last 30 seconds. Nonetheless, credit to Sean O’Malley and Kris Moutinho for putting up a stellar show at UFC 264.