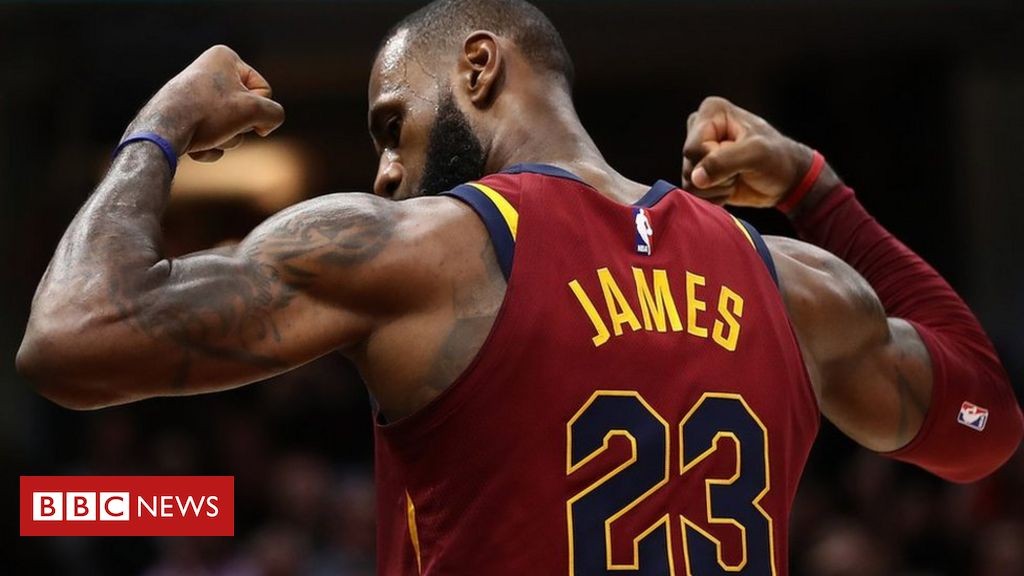 LeBron James has been in the league for so long now that he has dominated almost two whole generations of NBA players. Drafted 1st overall by the Cleveland Cavaliers in the 2003 draft, LeBron just finished his 18th season in the NBA. Nobody can question LeBron’s greatness but there are many who hate the superstar.

James walks his talk when he dominates the league season after season like he has done his whole career. His nickname “King James” fits him like a glove on a hand. Recently, Miami Heat’s young gun Tyler Herro praised the Los Angeles Lakers star, saying “LeBron James is the final boss if the NBA is a game.” He also regards James as the best in Miami Heat history.

Tyler Herro asked who is the best Heat player of all time: LeBron James…growing up for me LeBron was my favorite player on the Heat. pic.twitter.com/Q4kQcGHDkX

During the 2020 NBA Finals, LeBron faced his old team Miami Heat, where he had won two consecutive rings. Seeing Heat’s journey to the finals that season, James had quite some praise for his former team. James especially called out Heat’s young stars Tyler Herro and Duncan Robinson and appreciated their effort. As we already know, Herro has heralded James as the best player ever on several occasions.

Also read: Is Sharife Cooper the Most Underrated Draft Pick this Year?

Herro calls James “The Boss” in his article

Tyler Herro wrote a Players’ Tribune article about his experience as a rookie reaching the Finals. He mentioned 14 points in the article and the one he made about James was outstanding. “If the NBA was a video game, LeBron is like the final boss,” he said. This was in reference to facing the Lakers forward in the 2020 NBA Finals. Herro summarized his article by saying that Miami beat many great teams during their finals run, but fell short against the Final Boss, King James.

A 4-time NBA Champ, 4-time MVP, and 17-time All-Star, James has played for three teams in his entire career. At the age of 36, he still terrorizes his opponents every game. Today’s generation should count themselves lucky as they get to see him play. From having nothing as a kid to being one of the biggest names in sports history, King James is a once in a millennium superstar.

Also read: Who Are the Top Ten Highest Paid NBA Stars as of 2021?

Is Sharife Cooper the Most Underrated Draft Pick this Year?