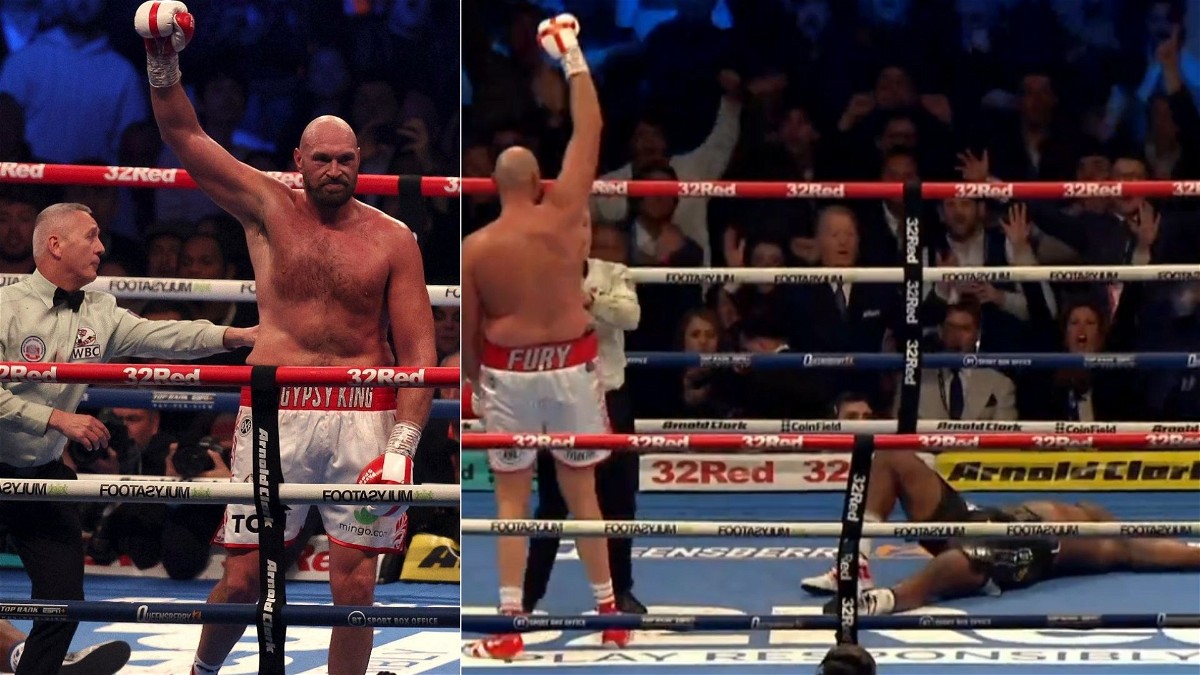 After everything was said and done, it was Tyson Fury who emerged on top with a stoppage win in the sixth round.

Round 1: Going into the first round, both Whyte and Fury started off with stiff jabs. Whyte was the one to pressure Fury, fighting with both a reach and height disadvantage. Fury was the first one to land a significant shot on Whyte. Needless to say, Whyte tried to close the gap against Fury by pressuring him constantly and keeping Fury on the backfoot. Fury landed a solid right hand on Whyte in the closing minute, with the round seemingly going in the favor of the Gypsy King.

Round 2: The game plan for Whyte looked quite clear. Going into the second round, Whyte once again tried to play with the jab, trying to set traps. However, as talented as Fury is, he never left a chance to close the gap. Moreover, Fury looked quite comfortable working on the backfoot. A couple of more missed swings from Whyte, and Fury landed another big right hand on Whyte. Once again, Fury got the better of Whyte on the unofficial scorecard.

Round 3: While Whyte started the third round strong, with some stiff jabs, and incredible pressure, it was Fury who connected a lethal left hand in the biggest moment of the round. Whyte ended the round with a left hand to the body, coming more and more closer to Fury.

The bout gets ugly, Whyte and Fury turn it into a slugfest

Round 4: The instruction from Whyte’s corner looked clear; close the distance. However, it was easier said than done. Dillian Whyte connected several significant shots in the fourth round, getting the attention of Tyson Fury. Both the boxers got into a verbal spat after an exchange during the clinch despite the referee repeatedly asking both the boxers to let go.

Once again, in the closing moment of the fourth round, Whyte connected several shots to the back of the head, with both the boxers getting a stern warning from the referee. The replay revealed it was a clash of heads that instigated the argument between both the boxers.

???? There has only ever been one… and he goes by the name of @Tyson_Fury! #FuryWhyte pic.twitter.com/ztZY0qK9rB

Round 5: While down on the scorecard, it won’t be wrong to say that Whyte looked more and more comfortable and started connecting more and more as the rounds progressed. Be that as it may, Fury was able to maintain the distance, and keep Whyte from any serious harm. Both the boxers taunt each other, as Fury connects several body shots on Whyte. While not a completely dominant outing, Fury did just enough to once again get the round to his name.

Round 6: Going into the sixth round, Whyte came in swinging, but missed most of his power shots. However, that wasn’t the case with Fury, who connected a brutal right uppercut to shut the lights off Dillian Whyte. Whyte stood up quite quickly, but wobbled on his feet towards the ring, with the referee calling a stop to the fight.

As it turned out, Tyson Fury unified the WBC Heavyweight Championship with a sixth-round stoppage over Dillian Whyte. Fury became the third boxer to stop Dillian Whyte inside the boxing ring.

“No One Gives a F**k”- Jake Paul Closes Door on Potential Tommy Fury Fight, Willing to Fight Anderson Silva Next