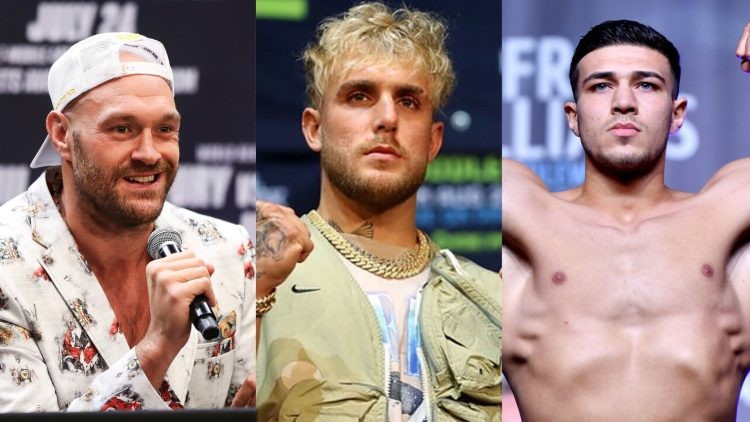 Jake Paul is set to headline the Madison Square Garden on August 6th for his fight against Tommy Fury. The highly anticipated grudge match between the two has gotten more interesting after Tyson Fury and ‘The Problem Child’ put up a $1 million bet.

By responding to Tyson Fury, Paul also challenged him to bet $1 million on the fight. As one would assume, Fury didn’t back out of the challenge and agreed to put up $1 million on Fury vs. Paul. ‘The Problem Child’ then proceeded and accepted the $1 million bet and suggested that he’d use the money to buy some costly stuff.

The $1 million dollar bet is on @Tyson_Fury pic.twitter.com/6LSi0Kb7cj

It is safe to say that ‘The Gypsy King’ is very confident in his younger half-brother’s ability to knock out ‘The Problem Child’. It will be interesting to whether Paul is able to back up his move of betting on himself or not come August 6th.

Tyson Fury has shared his thoughts on the upcoming Tommy Fury vs. Jake Paul fight. Ahead of the match, Fury has made it known that he firmly believes that ‘TNT’ will knock out Paul in their August 6th bout. However, ‘The Gypsy King’ has also suggested that if his brother ended up losing to ‘The Problem Child’, he would have no future in the sport.

During an interview with iFL TV, ‘The Gypsy King’ stated that he wouldn’t deserve to get paid in millions if he ends up losing to Jake Paul. He said:

“If Tommy goes over there and he can’t beat Jake Paul, let’s just say he got paid millions of dollars for nothing because he didn’t deserve it. I’m not putting pressure on him. If that makes him pressurized he’s in the wrong game.”

It is safe to say that both fighters have a lot at stake for their upcoming bout. it remains to be seen as to who is able to handle the pressure and shine at the mecca of boxing on August 6th.