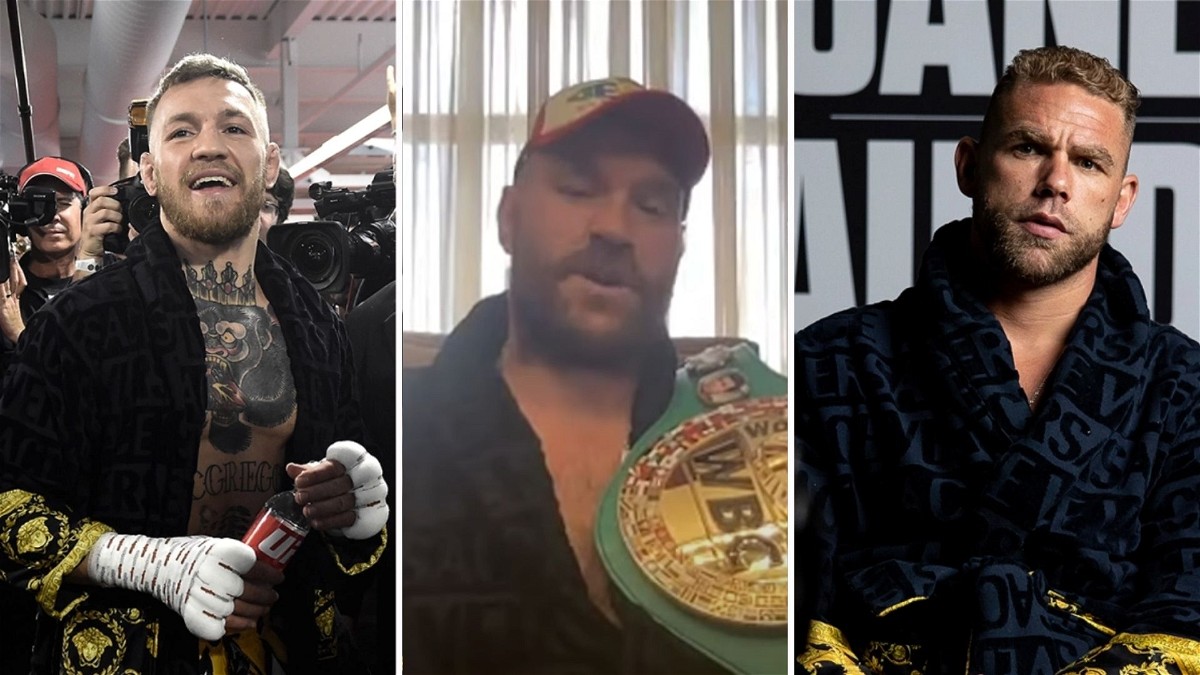 The curse of the Versace robe has brought down many combat sports athletes in the past. It’s like it has almost become a thing. Don’t wear the Versace robe before a big fight? However, Tyson Fury has paid no attention to the curse as he donned the Versace robe during an interview with SkySports Boxing. The reigning WBC and lineal heavyweight champion of the world looked absolutely ravishing in the Versace robe, but one wonders whether he will fall prey to the Versace curse.

In the past, UFC stars like Conor McGregor, Jorge Masvidal, and Israel Adesanya have fallen prey to the curse of Versace. Last year, Billy Joe Saunders appeared in a Versace robe ahead of the Canelo Alvarez fight. He would go on to lose the fight via stoppage, making many believe that the curse of Versace could well be true.

Earlier, McGregor had appeared in the Versace robe before his fight against Dustin Poirier. McGregor would go on to lose the fight via TKO. The bout would mark the first time that McGregor was stopped by punches inside the Octagon.

On the other hand, Israel Adesanya suffered the first loss of his professional MMA career when he dropped a unanimous decision loss to Jan Blachowicz back at UFC 259. As for Jorge Masvidal, the Gamebred lost to Kamaru Usman on consecutive occasions after appearing in a Versace robe in the lead-up to the fight.

Tyson Fury won’t be the first fighter to break the Versace curse should he get his hand raised this weekend. Floyd Mayweather remained undefeated in his professional boxing career despite donning the lavish Versace robe on numerous occasions. The task at hand for Fury would be to join the ranks of Floyd Mayweather by exposing the Versace curse this weekend. If there’s anybody who can do it, it has to be the Gypsy King.

Tyson Fury is going into the fight as a favorite and boxing fans feel that we would be met with a similar result as last time. Fury won the rematch back in February of 2020 via stoppage in the 7th round. In the process, he became the first boxer to hand a loss to Deontay Wilder. Needless to say, fans would be waiting to see who gets his hand raised in the trilogy fight which goes down this weekend inside T-Mobile Arena in Las Vegas.