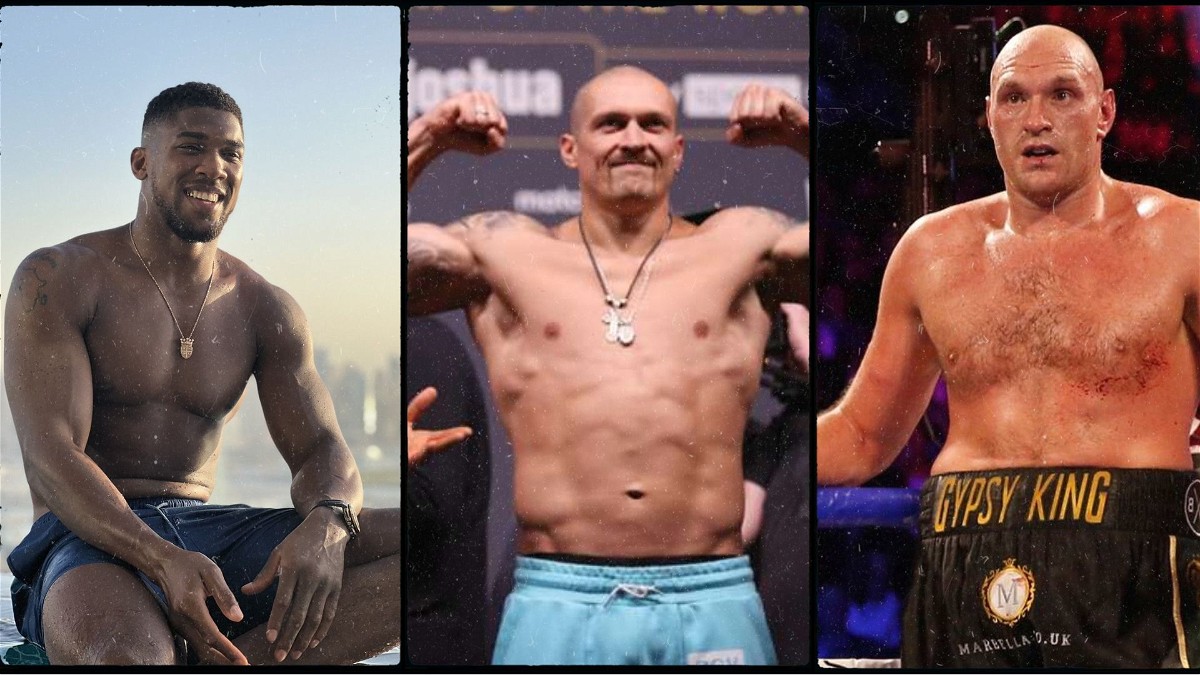 Anthony Joshua has agreed to accept £15 million step-aside pay to make way for the highly-anticipated undisputed heavyweight fight between Tyson Fury and Oleksandr Usyk. The news comes in the wake of Frank Warren trying his best to make sure Tyson Fury faces Oleksandr Usyk in his next bout for the undisputed gold. However, it became increasingly difficult for the promoters to put together this fighter after Joshua revoked his rematch clause against Usyk following the unanimous decision loss that saw him drop the unified heavyweight titles.

Anthony Joshua is about to accept 15 million pounds to step aside and let Tyson Fury fight Oleksander Usyk. pic.twitter.com/E2vbr4VEOl

Meanwhile, Tyson Fury is in talks with mandatory challenger Dillian Whyte. It goes without saying that the interim WBC heavyweight champion will also be offered huge money to step aside from the Fury fight.

Tyson Fury hasn’t fought since his TKO win over Deontay Wilder in the trilogy fight. Meanwhile, Usyk is coming off a confident win over Joshua. The former cruiserweight champion has turned out to be a great addition to the heavyweight division, and with the belts wrapped around his waist, the division looks much more exciting.

Tyson Fury vs Oleksandr Usyk to happen in the Middle East

The plan is to hold Tyson Fury vs Oleksandr Usyk in the Middle East, inside Cardiff’s Principality Stadium with the reserved date as March 26, 2022. However, nothing is official.

“Everybody in boxing wants to see the undisputed fight between Tyson and Usyk, I want to see it just as a fan. So that is the fight we are trying to make.” Joshua’s promoter Eddie Hearn said about the potential clash, and why it makes sense for Joshua to step aside.

Needless to say, many expected Tyson Fury vs Anthony Joshua to take place for the undisputed gold. However, the outcome of Joshua vs Usyk has shaken the heavyweight division, what with Joshua vs Wilder, and several other match-ups looking very likely. Usyk has become a huge name in the world of boxing after defeating Joshua, and many believe that he could be the toughest challenge for Fury. It’s an exciting match-up between two boxers who just move very differently for heavyweights. Who emerges on top as the undisputed heavyweight champion? Do let us know in the comments section.