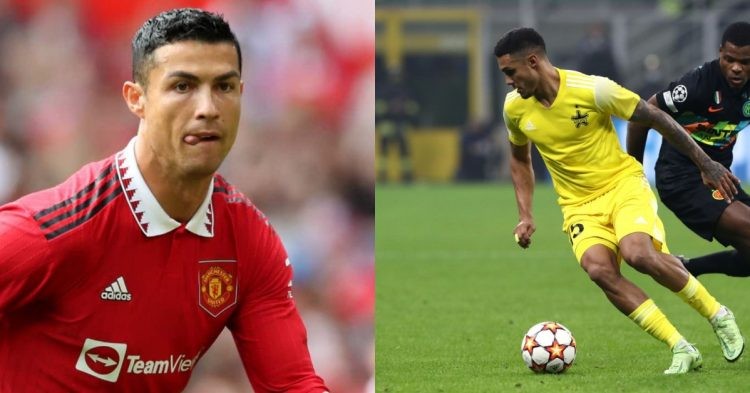 Europa League match week 2 is upon us. Usually, Champions League games take away all the attention from the secondary league. But this year, with the inclusion of Manchester United, Arsenal and Roma, there is a certain buzz surrounding the tournament. The biggest game of this week’s Europa League fixture is Man United vs FC Sheriff.

Perhaps the biggest club in English football, Manchester United has faded from prominence since 2013. Once a regular participant in the Champions League, United have made more appearances in Europa League recently than they would have liked. They haven’t had a great start to their European campaign either. In the first match, they lost to Spanish club Real Sociedad by 1-0.

Although United was the better side in the match, a questionable penalty gave Sociedad the win. On the other hand, Sheriff has had a great start to their tournament. In their first match, they have blown away Omonia FC by 0-3. So the onus will be on United to win against the Moldovan side and open their points tally.

It will be an away match for United. So let’s take a look at the squad available for Manchester United.

Should Cristiano Ronaldo start for Machester United against FC Sheriff in Europa League?

Manchester United coach Erik Ten Hag decided to rest players like Jadon Sancho, Bruno Fernandes and Marcus Rashford from the starting line-up against Real Sociedad. United does have a big squad this season and all the players need regular game time to stay fit and in rhythm.

The team had a terrible start to their league season with two back-to-back losses against Brighton and Brentford. Neither the defence nor the attack looked like they were up for the fight. Erik needed to make some drastic changes to the team and he did! He benched the club captain Harry Maguire and last season’s top scorer Cristiano Ronaldo.

Although many fans and pundits disagreed with the decision, it sent a tough message to the dressing room that nobody can take their place in the team for granted. But the Dutchman put both Ronaldo and Maguire in his starting line-up in the opening match of the Europa League. The result of the match was the biggest proof of why Ten Hag decided to keep both superstars out of the team.

If we look at Manchester United’s formation for both Liverpool and Arsenal matches, ETH was happy to play counter-attacking football. Liverpool and Arsenal, both play aggressive football and keep their defensive line close to the halfway line. That is where the combination of Eriksen, Bruno and Marcus is extremely dangerous.

For almost all 3 of the goals against The Gunners’, the supply from Eriksen and Bruno to Rashford was crucial. But it was made possible as the defensive line was pretty high. Rashford’s pace makes him almost unplayable in a counter-attacking fashion. However, it did not work to the same effect against Southampton, Leicester and Sociedad, teams where the defence sits deep.

Ronaldo did not suit that system as he does not have the same pace at the age of 37. But his performance against Sociedad made the fans question whether CR7 can play against defensive teams either.

In his prime, Ronaldo was a nightmare for defenders because of his dribbling skills and blistering pace. It will not be controversial to say that Cristiano is not the same player anymore, not even remotely close.

It is no secret that Ronaldo was not happy to play in the Europa League and wanted out of the red half of Manchester. Although there can not be any question regarding his professionalism, one may wonder if he is 100% invested in the season. In his 6 games for the season, Ronaldo is yet to score a single goal.

On the opposite end of the prespective, Ronaldo has only started one game in the season for United. He also missed the entire pre-season which has contributed to his lack of match fitness. So a few successive starts may just be what he needs to kickstart his engine.

On top of that, the injury to Anthony Martial and Marcus Rashford means that United does not have a proper striker. So Ronaldo’s inclusion in the team is a must for the foreseeable future. Although Ten Hag has used Elanga upfront for a few games, he has not set the world on fire. Hence, Ronaldo should get another chance to show what he is made of.

Last season, he scored 18 league goals and 24 goals in total. It proves that Cristiano is still a threat in the box, but he needs some game time under his belt.

As for the defensive side of things, fans can expect the return of the duo of Raphael Varane and Lisandro Martinez as the centre-backs. Diogo Dalot should retain his place as the right-back while Luke Shaw may get a start in the left-back position.

In mid-field, Manchester United fans can expect to see the trio of Eriksen, Bruno and Casemiro. The big summer signing Antony will be expected to start on the right-wing, while Sancho will take his place on the left-wing with Ronaldo as the striker. 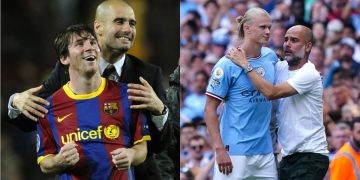