Daniel Cormier took on Stipe Miocic for the UFC Heavyweight Championship. Cormier failed to deliver in his last fight, as he suffered a unanimous decision loss over Stipe Miocic. However, both the fighters put up an incredible performance. Cormier and Miocic exchanged punches on multiple occasions. Both the fighters were equally brilliant on the feet, with Miocic having more fence time. Miocic got a great hold of Cormier near the fence and took his time to recover while landing some significant strikes. Cormier showed great takedown defense, as Miocic failed to earn even a single takedown throughout the fight.

Cormier landed an early takedown in the first round, however, he failed to apply wrestling in his gameplan first-round forward. While there was a lot of speculation behind Cormier’s gameplan, it was speculated that he would try to out-grapple Stipe Miocic. However, it was a slugfest at the very least. Both the fighters look devastating inside the octagon and shared some solid punches. It was surprising to see the conditioning of the chin from both the fighters, who failed to deter at the deadly bombs that were being exchanged. 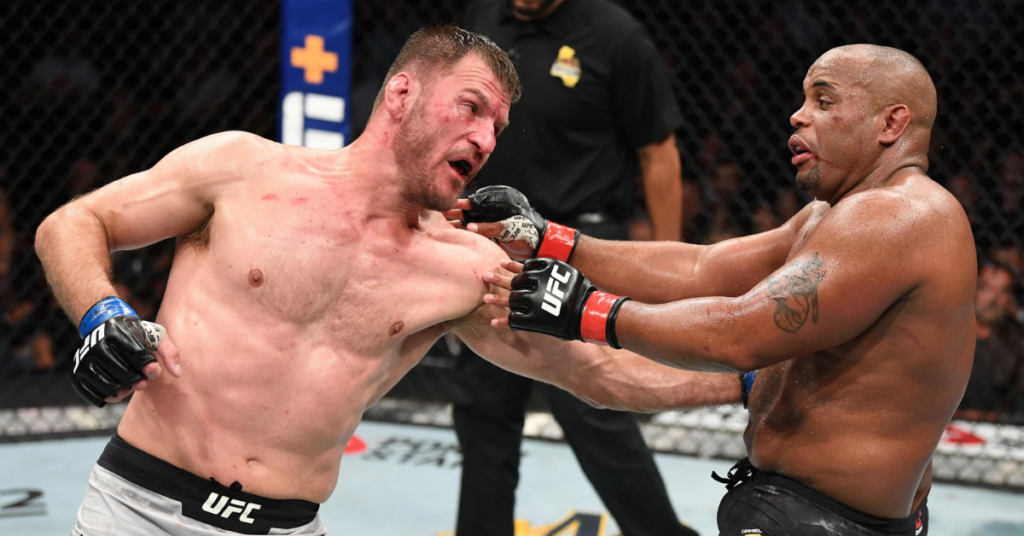 After five rounds of war, Stipe Miocic emerged victorious and successfully defended his heavyweight championship. In the process, Stipe Miocic has cemented himself as the greatest heavyweight fighter of all time. Former interim Welterweight Champion Colby Covington took to Twitter to wish Daniel Cormier on his retirement. Cormier stays firm to his decision to retire and verified the same in the post-fight press conference.

“Keep your head champ. Daniel Cormier. Legends never die!” Colby Covington captioned his photo with former dual Champion Danie Cormier. Both Colby Covington and Daniel Cormier share a friendly relationship. Cormier’s personality has brought him closer to many UFC fighters, who continue to motivate themselves through Cormier’s work ethic, and achievements inside the octagon. What Daniel Cormier has been able to achieve inside the octagon is next to impossible. He is the only Champion in the history of the light heavyweight and heavyweight division, to hold the Championship belt across two divisions simultaneously. He has also defended both the belts, becoming only the second fighter alongside Henry Cejudo to achieve it.