What a fight! We just saw the greatest heavyweight showdown in the history of mixed martial arts. Daniel Cormier and Stipe Miocic put it all on the line in the main event of UFC 252.

This is the fight that separates the legends from fighters. And undoubtedly, we saw two legends go at each other for 5 straight rounds. The fight was pretty even going into the fifth round. However, Stipe Miocic’s cardio was just a little bit better, which helped him to win the final round.

There were many X factors in the historic trilogy between Daniel Cormier and Stipe Miocic. And the eye pokes committed by both Cormier and Miocic were not a pleasant sight for the fans. 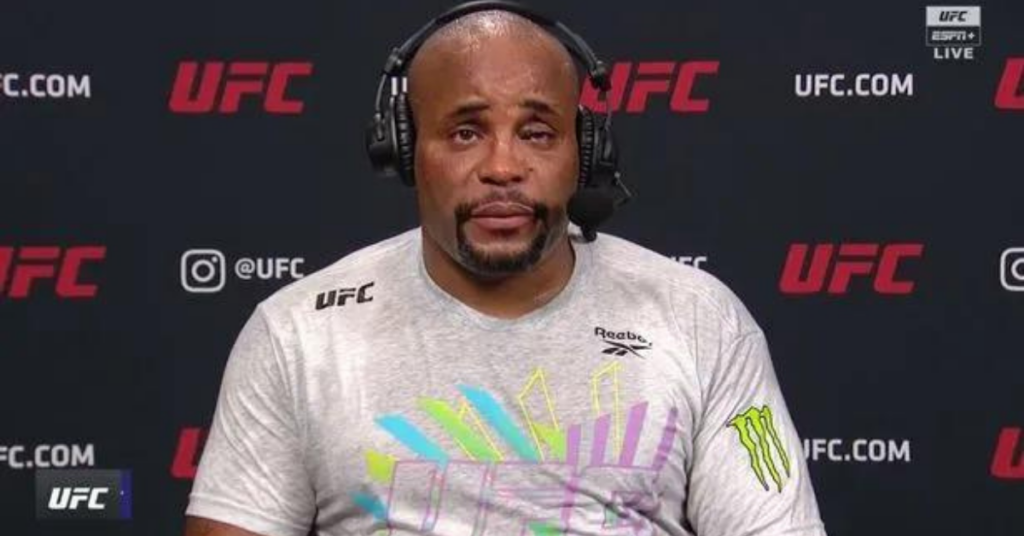 Daniel Cormier eye poked Stipe Miocic in the second round, which paused the action for a moment. And Stipe Miocic returned the favor later in the fight, but the referee, Marc Goddard missed it. And the action continued.

However, the damage was already done. After the eye poke from Stipe Miocic, DC’s eye was compromised. He was clearly not dealing with the Stipe’s right hand well enough. He was trying to avoid them, but Stipe did land quite a few in the championship rounds. And it can be said that the eye poke had a huge impact on the outcome.

Daniel Cormier gives an update on his eye

Unfortunately, Cormier has eye poked Stipe Miocic multiple times over the three fights. It’s sad that we have to talk about the eye pokes after such a historic fight, but that does not outshine the fight that Stipe and Cormier put inside the octagon for the fans.

After the fight, Daniel Cormier gave an update on his eye and said:

" I mean f—, look at my eye. I couldn't see the rest of the fight. I can't see anything out of my left eye. It's black."@dc_mma says he was unable to see after being poked in the eye by Stipe Miocic in the third round at #UFC252 pic.twitter.com/tC7bDDMjZL

UFC president, Dana White commented on the eye pokes in the fight and stated:

There were two eye pokes. They both got poked in the eye. And for Cormier, that eye was hurt before the poke. We got a group text that goes on. I was like, there was something wrong with Cormier’s eye. That did not help. But they both got poked. You can’t use that as an excuse.

Irrespective of the result, Daniel Cormier goes out as one of the greatest mixed martial fighters of all time.