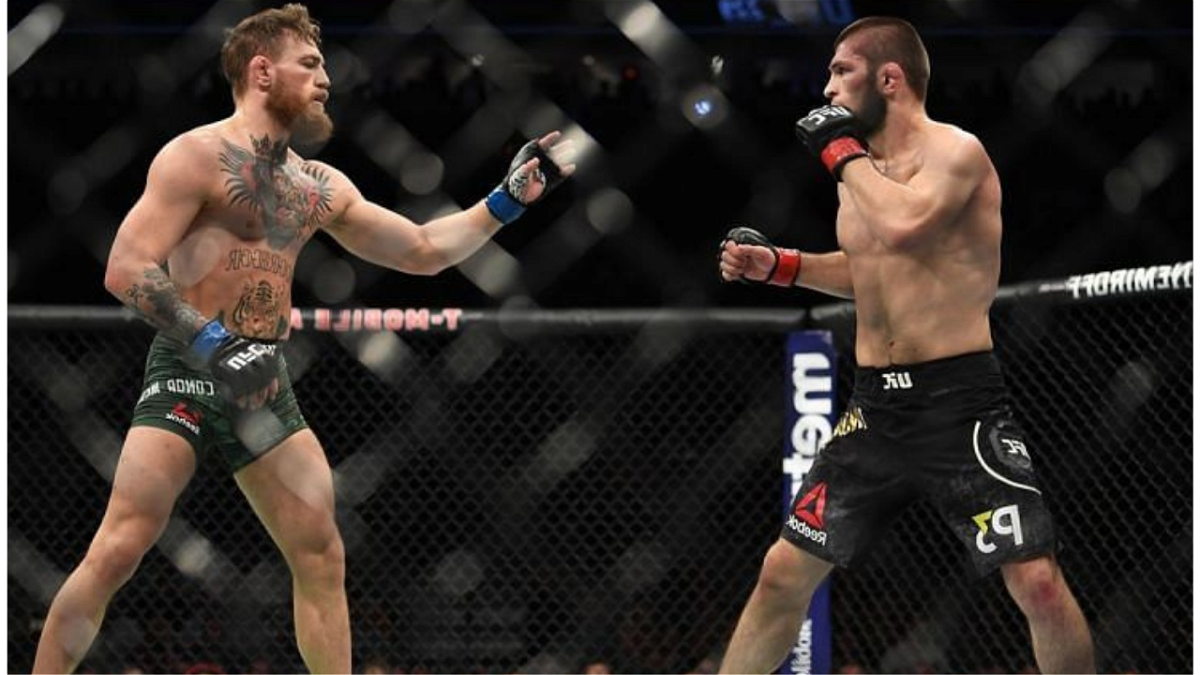 McGregor reached Etihad Arena ahead of UFC 257, which will mark the promotion’s first major PPV event of the year 2021. Meanwhile, Khabib Nurmagomedov is present at UFC Fight Island to corner his teammate and cousin Umar Nurmagomedov.

In a recent video uploaded by Full Reptile on YouTube, Conor McGregor can be seen entering the hotel followed by Khabib Nurmagomedov who enters less than a minute shy from the former dual champion. It would have been interesting to see both these fighters face-off against each other in what could have been the first time since the UFC 229 brawl that took place after the fight.

UFC President Dana White has revealed that Khabib Nurmagomedov won’t be staying on the Island till UFC 257 where Conor McGregor will make his return to the UFC’s lightweight division. The lightweight champion is here to corner his teammate and cousin Umar Nurmagomedov, who will compete in his 13th professional bout.

Umar Nurmagomedov is set to take on Sergey Morozov. Umar is undefeated inside the Octagon and will look to carry the winning streak as he takes on his first major test inside the UFC Octagon.

Khabib Nurmagomedov has been the talk of the town owing to his decision to retire from the sport of MMA. Nurmagommedov announced his retirement from the sport after an emphatic second-round submission over Justin Gaethje at UFC 254.

However, UFC President Dana White had stated that he feels Nurmagomedov will return to the Octagon. White announced on ABC at UFC Fight Island 7 that Nurmagomedov is willing to come back to the Octagon should get find an exciting opponent.

A lot will depend on the outcome of UFC 257. Should McGregor triumph over Dustin Poirier, there’s every reason to believe that McGregor will call-out Khabib Nurmagomedov. Only time will tell if fight fans will ever witness the highly anticipated rematch.

How Much Money Will Conor McGregor Make at UFC 257?