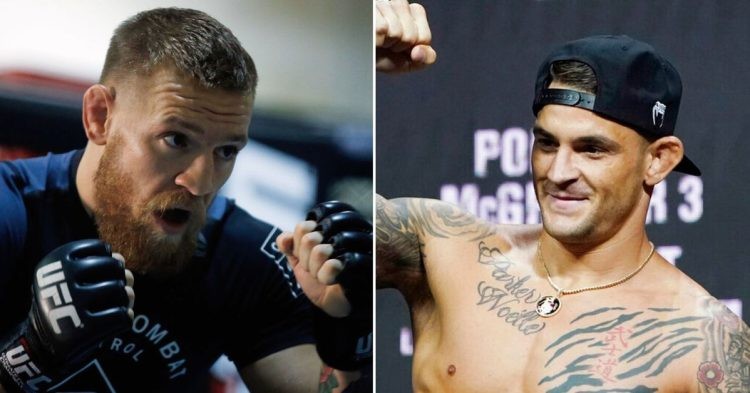 Cardio is as crucial to the fight game as is stand-up and ground game. If a fighter can withstand the early onslaught despite the striking and credentials on the ground, there’s a reason to believe that the fighter with better cardio is bound to triumph when everything is said and done. Ahead of Conor McGregor vs Dustin Poirier, let’s take a look at who has the edge in terms of cardio between arguably  two of the best lightweight strikers in the history of UFC.

Additionally, in a title match, the championship rounds are decisive in nature and can significantly impact the outcome of the fight in a situation where one fighter gets tired in the latter half of the fight. It can often lead to late stoppages or a comfortable victory in the judge’s scorecard.

For someone who has finished all his fights in under two rounds, Conor McGregor has often been a subject to criticism with respect to his cardio. It was evident and something that McGregor agreed on that he got tired in his both the bouts back at UFC 196 and UFC 202 against Nate Diaz. Even during the hugely anticipated Khabib Nurmagomedov vs Conor McGregor, the “Notorious” slowed down towards the latter part of the fight, eventually leading to a fourth-round submission loss at the hands of the Russian legend.

Ahead of UFC 257: Conor McGregor vs Dustin Poirier, that’s one question that must be lingering in the minds of every fight fans around the world. Who gets the edge in terms of cardio when both the fighters meet each other inside the Octagon on January 23 at UFC 257.

Who has better cardio? Conor McGregor or Dustin Poirier?

Dustin Poirier has gone five full rounds in two of his last three appearances inside the Octagon against credible opponents in the form of Dan Hooker and former featherweight champion Max Holloway.

Poirier put up a “Fight of the Year” performance against Dan Hooker in his return fight after dropping a submission loss to Khabib Nurmagomedov. The “Diamond” has time and again proved his mettle inside the UFC Octagon with notable wins over Justin Gaethje, Eddie Alvarez, Anthony Pettis among others.

Be that as it may, McGregor looks rejuvenated and will look to make a statement on his UFC return this January. However, there’s a reason to believe that if we talk about cardio, Poirier has an edge over the “Notorious.”

While there’s no questioning McGregor’s cardio, we just haven’t seen enough of the former dual champion in recent years. Ahead of what is possibly a #1 contender’s match for the UFC’s lightweight championship, both McGregor and Poirier are expected to bring it all inside the Octagon.

It will be interesting to see Poirier deal with the kind of pressure that McGregor brings inside the cage. Meanwhile, it will be equally exciting to see McGregor going into the later rounds should Poirier survive the early onslaught.