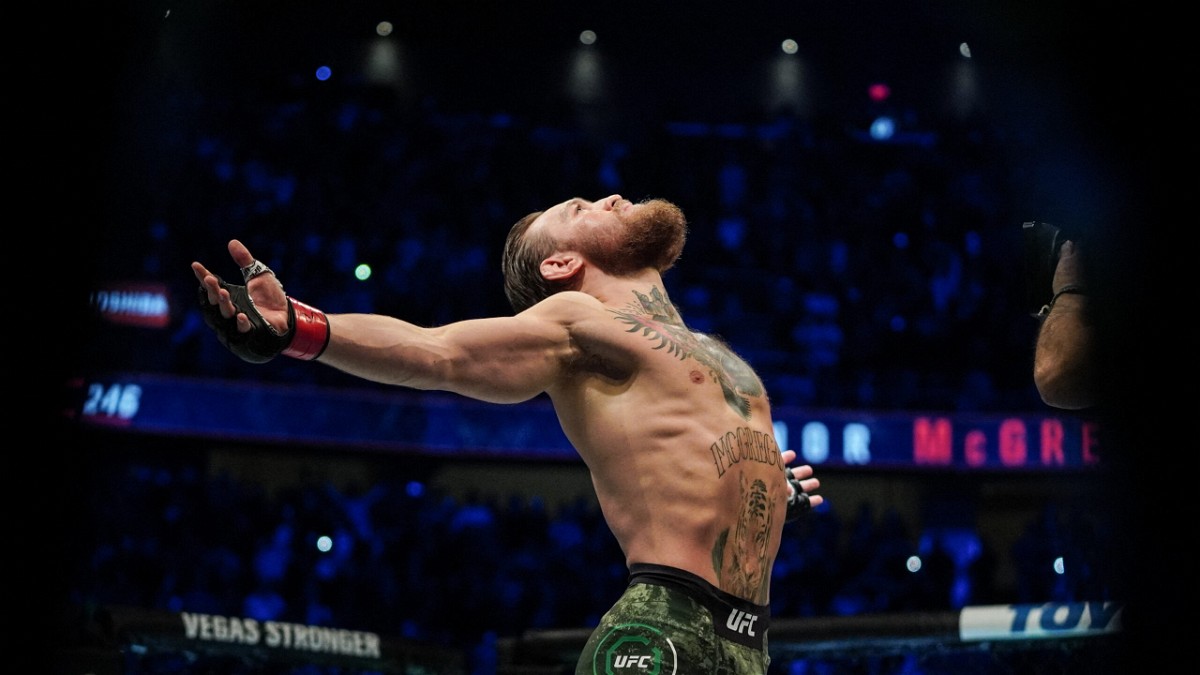 In other news, UFC has confirmed that they will have limited attendance for their 3 cards’ upcoming stint at UFC Fight Islan beginning January 16 with former featherweight champion Max Holloway taking on top prospect Calvin Kattar.

As @YasIsland says farewell to the spectacular ‘Return to Fight Island’, we prepare to welcome the future of @ufc to our state-of-the-art venue. We can’t wait to see you soon, @DanaWhite and a big shoutout to @DCTAbuDhabi and #YasIsland for putting on a spectacular show. pic.twitter.com/ZpFnw9iRt1

If reports are to be believed, UFC Fight Island 6, UFC Fight Island 7, and UFC 257 will have limited attendance during the event. Needless to say, McGregor’s return to the Octagon is definite to sell tickets in huge numbers. The hugely anticipated match-ups will take place in Etihad Arena and will likely see a turnout of around 1000 people for the event.

UFC is not the first sport to allow fans back in attendance as Boxing events have already done it and with success. UFC will follow suit at Fight Island. However, the number of people attending the event has not been made official by the UFC and it remains to be seen what is the maximum number of people who will be allowed inside the Etihad Arena.

Also Read: Who is a Better Striker – Conor McGregor or Dustin Poirier

The former dual champion announced his retirement once again in early 2020 after a scintillating performance against Donald Cerrone in his UFC return in January at UFC 246. While his first bout since dropping a submission loss to Khabib Nurmagomedov back at UFC 229 came in the welterweight division, McGregor will return to the lightweight division against former interim champion Dustin Poirier.

Be that as it may, it is certainly exciting news for the UFC who will see McGregor walk back to the Octagon once again in his pursuit to grab the lightweight gold.