In a much anticipated heavyweight rematch, Stipe Miocic will take on Francis Ngannou at UFC 260. Since their first encounter at UFC 220, both fighters have evolved tremendously.

Stipe Miocic has shown significant improvement in his cardio, endurance, wrestling, grappling, and clinch work throughout his trilogy with Daniel Cormier. On the other hand, Francis Ngannou is a different fighter. He is certainly looking more shredded and conditioned when compared to his physique at UFC 220. But, he has not fought more than 5 mins inside the octagon since the last fight with Stipe Miocic.

So the majority of the fans believe that if the fight goes past the first round, Ngannou will get dominated by Stipe Miocic. Considering the way the first fight played out that might not be a overstatement. However, The Predator certainly disagrees with that notion.

In a recent interview with ESPN, Francis Ngannou fires back at the criticism on his cardio and stated:

“I fought 25 mins that night. I mean in case if I have my mind right. I was tired and I think everyone that goes 25 mins get tired. Some people more than some. Nobody comes out fresh from 25 mins of the fight. But what I do know, I improved my space of pushing, my conditioning, my endurance, and everything I worked on that a lot. I am not expecting to not get tired in 25 minutes because that means something is not right. I am gonna be tired but how far can I push from the last time. This is the question. And I truly believe I can push way more than the last time.”

Do you even lift bro?- Stipe Miocic breaks the internet with his new workout routine

The X factor in Francis Ngannou vs Stipe Miocic Rematch

But, that might not be the case this time. Ngannou has certainly been more patient with his approach. He is in much better shape. And though he can’t go 25 minutes with Stipe Miocic he can certainly fight at a high pace longer than he did last time. And that might just be enough for him to finish the fight. 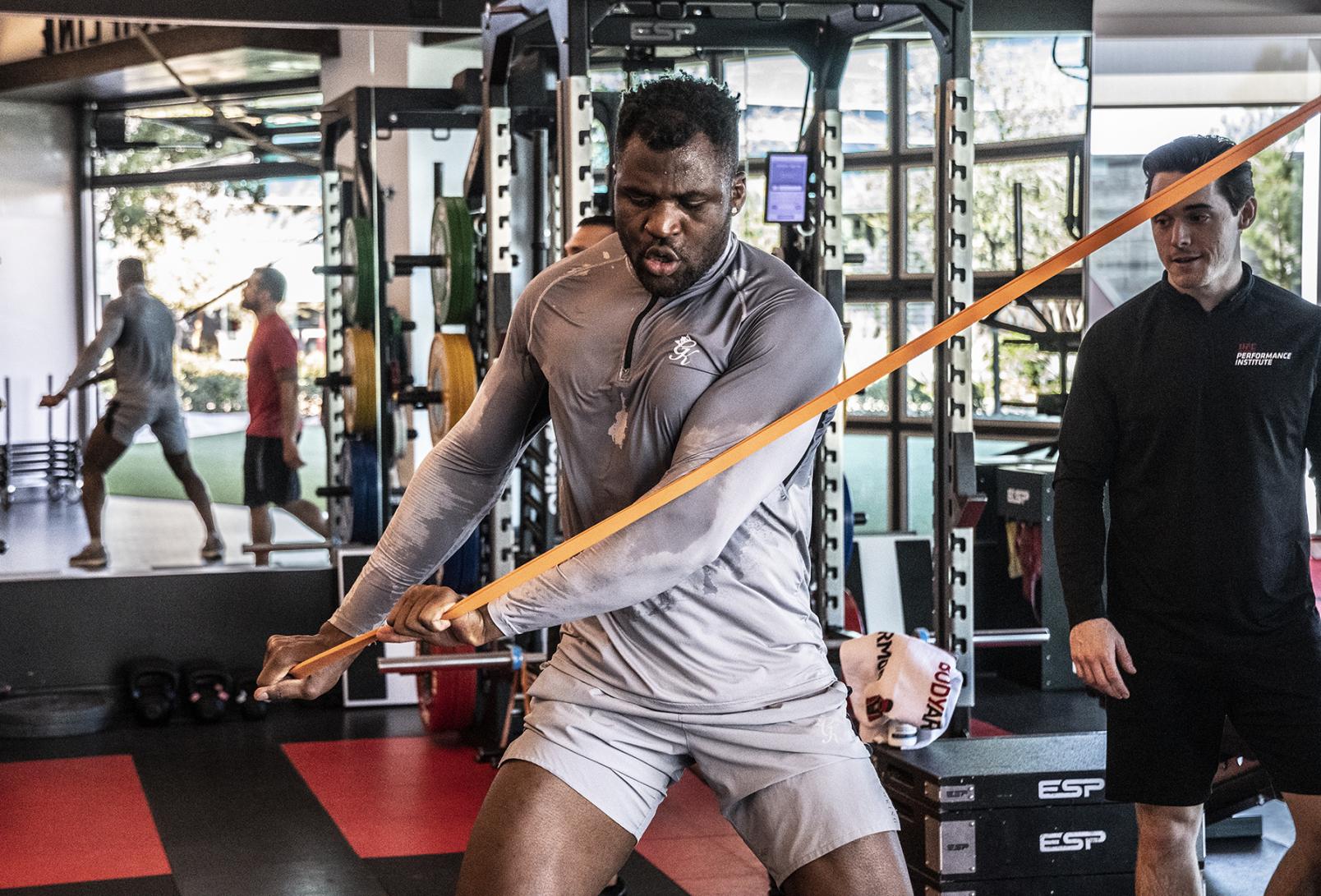 Though Ngannou should not be a favorite going into the rematch it should not be a foregone conclusion that Stipe Miocic will dominate Francis Ngannou if the fight goes into the later rounds. It’s very practical to expect that Ngannou can fight at a high pace for the first two rounds and will stop a few takedowns from Miocic when he is fresh. And that increases the chances of him winning the fight exponentially.