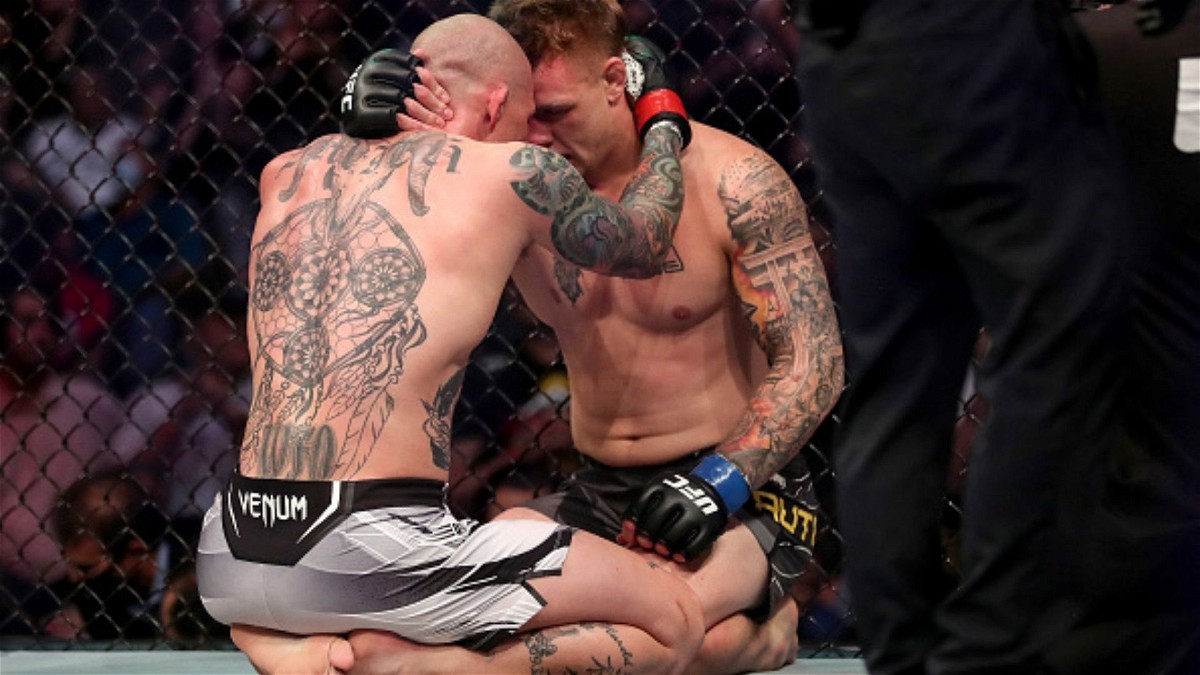 Anthony Smith made a return to the Octagon in an emphatic fashion as he secured a stoppage win over the favorite Jimmy Crute to open the UFC261 main-card. Needless to say, it was spectacular watching the crowd once again inside the Octagon, as the crowd rose to their feet for arguably one of the greatest mixed martial artists of all time in the form of Anthony Smith.

However, Jimmy Crute deserves equal appreciation. While Smith looked more in control of the fight, Crute was able to land significant damage on Smith’s legs. Be that as it may, the jab worked all night for Smith who looked incredible tonight. However, it was a brutal kick to the inside of the knee that dropped Crute, leaving his leg compromised. 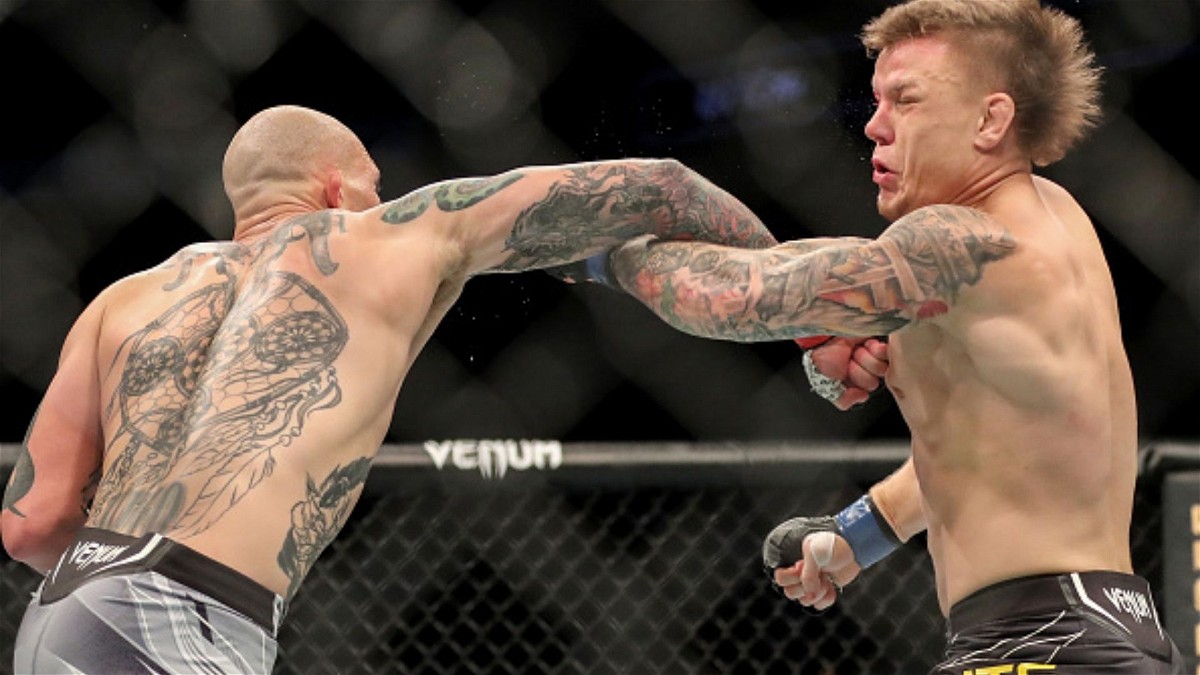 However, Crute was smart enough to secure a takedown and negate the damage with ground control in the closing moments of the first round. Regardless, the damage on Crute’s leg was evident enough as the young prospect hopped back to the chair, unable to stand properly with both his legs.

It was something we have seen before fighters go through after a brutal kick to the leg. Something similar had happened to Henry Cejudo during his fight against Demetrious Johnson, and we saw the same thing during Sean O’Malley vs Marlon Vera.

Despite repeated requests, the referee called the fight at the end of the first round for a TKO win for Anthony Smith. With the win, Smith is now on a two-fight win streak, making a great comeback after back-to-back losses to Glover Teixeira, and Aleksandar Rakic.

What’s next for Anthony Smith?

Anthony Smith is all set to once again challenge the top-5 contenders of the division, and needless to say, a win in his next bout is sure to land him a title shot. Smith has shown great improvement in his last few fights and it will be exciting to see the former light-heavyweight title contender embark on his pursuit to grab the UFC gold once again.

Only time will tell what lies ahead for Anthony Smith, but the future looks bright for the MMA veteran.