UFC 261 goes down this weekend for the first time in front of a live audience since the pandemic, in what promises to be an exciting night of fights. While the main card is packed with action-filled fights, and three championship titles on the lines, there’s no dearth of talents in the preliminary card as well. While MMA veteran Alex Oliveira meets Randy Brown inside the Octagon in the preliminary main-event, the fight that has grabbed a lot of eyeballs recently is Dwight Grant vs Stefan Sekulic. 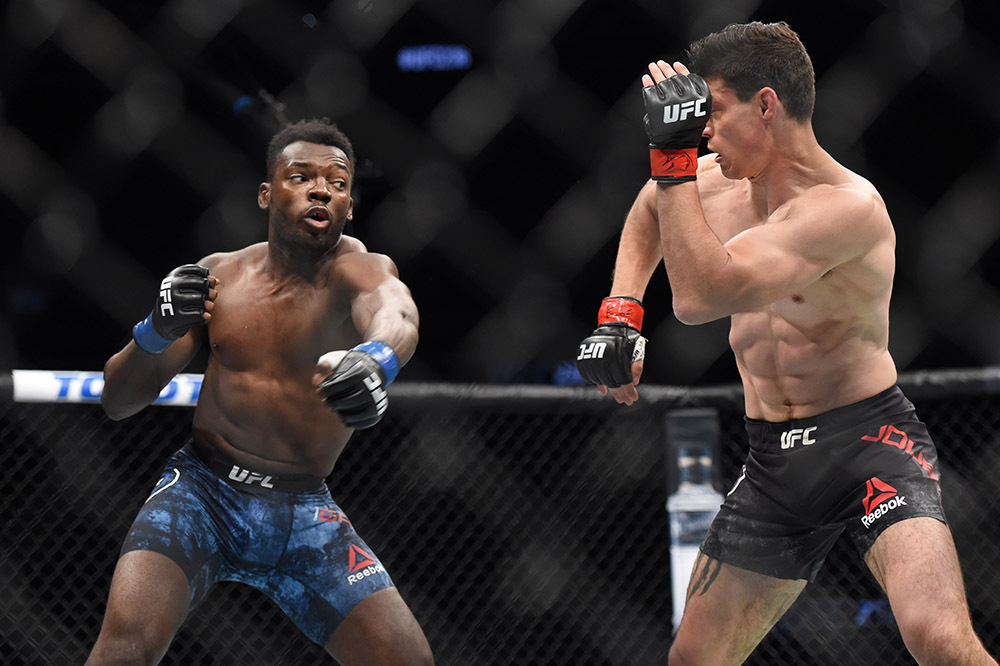 Dwight Grant and Stefan Sekulic will compete in the UFC’s welterweight division. Both the fighters are coming off losses, and needless to say, they will look to jump back to the winning column this weekend.

Dwight Grant will make his fifth UFC appearance after grabbing the contract back in June of 2018 with a vicious second-round KO win over Tyler Hill. Meanwhile, Sekulic will try to get his first UFC win after losing in his UFC debut to R Emeev back in 2018. Sekulic has not competed inside the Octagon for more than 2 years now, and it will be interesting to see how he holds up inside the Octagon after the inactivity.

Dwight Grant is a credible fighter, with genuine power in his hands. However, he has often been criticized for his poor cardio, and his inability to handle pressure in the later rounds. Grant has secured 70% of his wins via way of stoppage, and he will look to do exactly that when he walks inside the Octagon this weekend against Stefan Sekulic.

The only way I see Sekulic picking up the win is if he is able to take the fight to the ground. Sekulic has a background in wrestling, and he will look to use it against a knockout artist like Grant. However, it will be easier said than done. While inactivity will be a huge factor going into the fight, Dwight’s striking could prove to be too much Stefan Sekulic who is expected to take a loss this weekend.

I am going with Dwight Grant via way off stoppage due to his incredible takedown defense, and his ability to finish the fight with one punch.