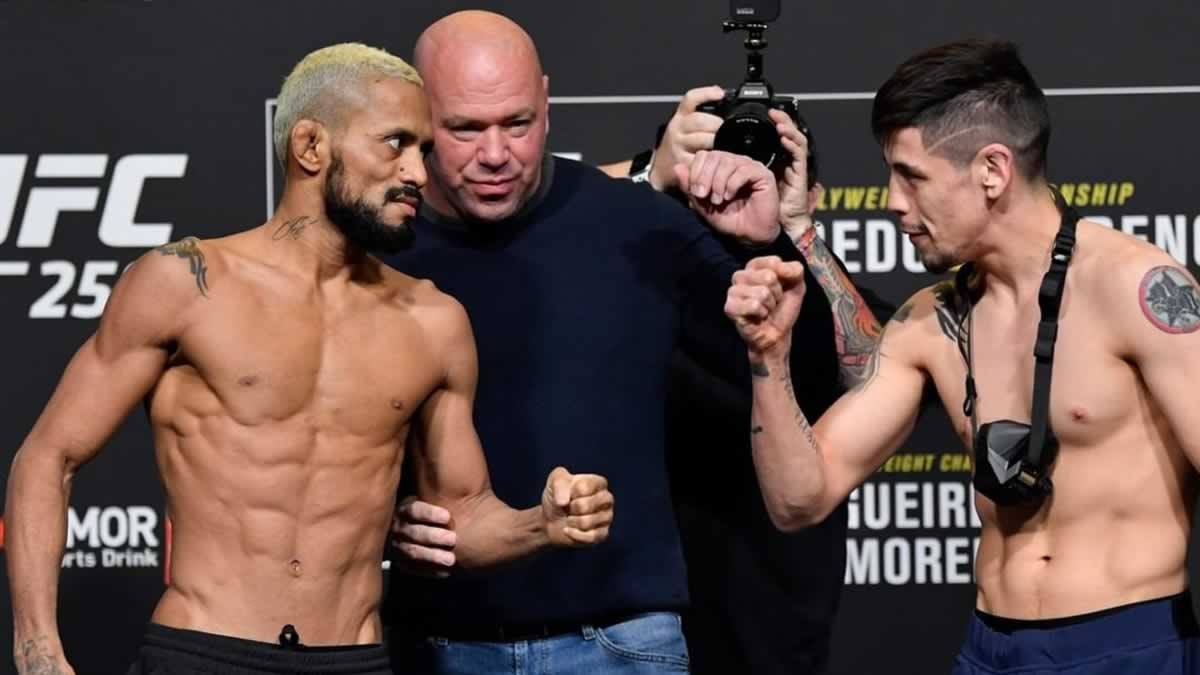 Deiveson Figueiredo(20-1) vs. Brandon Moreno(18-5) is happening again, but this time in front of fight fans at UFC 263 Gila River Arena, Glendale, Arizona. Figueiredo vs. Moreno 2 is one of the two title fights happening at UFC 263 on Saturday, June 12. A flyweight championship match is a co-main event to the UFC Middleweight Championship bout between Israel Adesanya and Marvin Vettori.

The first fight between both flyweights was absolute carnage. Even though both the fighters were competing just after 21 days of their last fight, the bout lasted a full 5 rounds. However, the judges were still unable to decide the victor.  It was no surprise that they agreed to a rematch.

At the weigh-in, Moreno weighed in at 125 lbs and Fihueiredo also came in at 125 lbs. No one of them has a predominant weight advantage. Nonetheless, Brandon has a 2 inches advantage over the flyweight champion. Deiveson has a reach of 68 inches on the other hand Brandon has 70 inches reach.

When it comes to height, again Brandon will enjoy a 2 inches advantage over the reigning flyweight champion.  The champion stands 5’5 inches tall while the challenger is 5’7 inches. These stats somehow show that the fight is in favor of Moreno. However, Deiveson is not an easy guy.

We are just a few days away from one of the greatest rematches in UFC flyweight history. The fight fans who have missed the bloodshed between the both should have a watch at their 1st title bout. In favor of that, UFC has rolled out the footage in advance of their rematch and you can watch the fight here :

Both the fighters are returning to the octagon after  6 months. It is to be mentioned that Figueiredo was deducted one point in the third round. He landed an illegal groin strike which ended up costing him the fight. The scorecard for the match was – 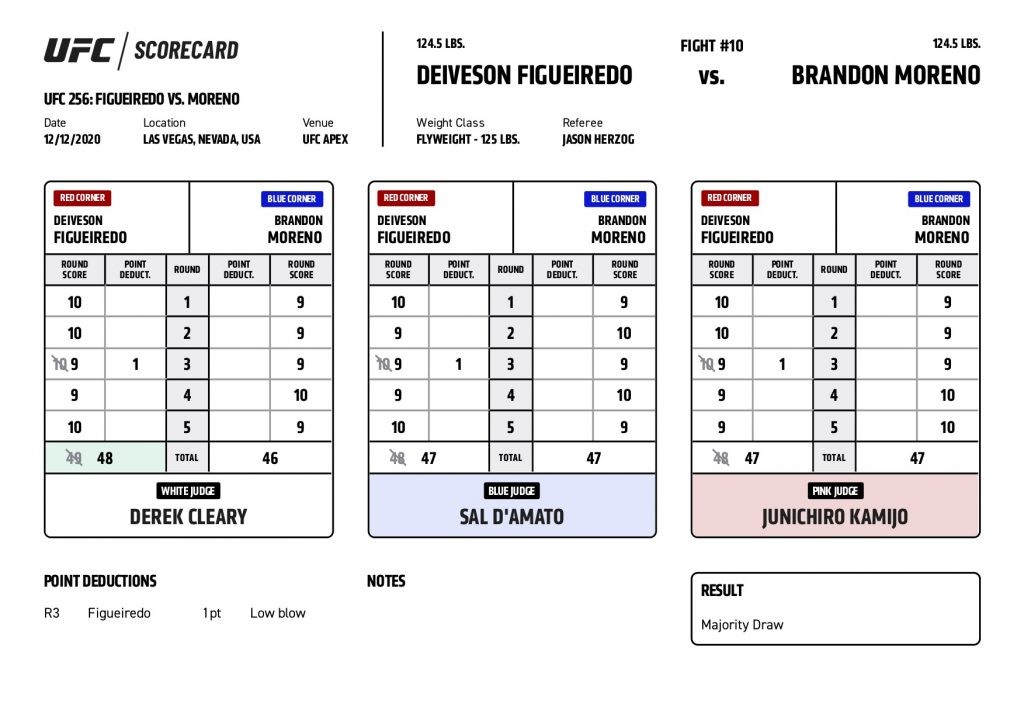 Though  UFC 263 is headlined as Israel Adesanya vs Marvin Vettori in the main card. The five-round battle between Nate Diaz vs Leon Edwards and of course the flyweight championship Figueiredo vs Moreno in itself are amazing as main events.

Claim Your Free Copy of Battlefield 4 With Amazon Prime Gaming