UFC 263 features a much-anticipted rematch between Eryk Anders and Darren Stewart. The main card includes 2 title fights including stars like Israel Adesanya and Marvin Vettori. But, some of the fights on the prelims can also steal the show at UFC 263. And the light heavyweight fight between Eryk Anders and Darren Stewart is certainly one of them.

Anders and Darren’s first meeting at UFC Fight Night 187 ended in a no contest. Anders made a illegal knee strike for which a rematch is scheduled at UFC 263.

The initial matchup took place at middleweight. But, to the surprise, this bout is going to be contested in the light heavyweight division.

Eryk Anders was pretty dominating in their first meet.  The match was heading towards a 10-8 round or maybe even a finish. However, Anders kneed Stewart illegally while he was in the ground which ended up the match in an NC.

Read More: UFC Vegas 21: Why Did Eryk Anders vs Darren Stewart End in No Contest Unlike Aljamain Sterling vs Petr Yan?

But, the problem with Eryk is he sometimes gets out-hustled by his opponent due to his inactivity and low volume. Anderson needs to put the pressure as he did in the first fight. Eryk Anderson clearly has more power in his punches and that will play a huge factor in the fight as it will likely be a striking battle between the two in the early rounds. Darren Stewart should look for takedowns early on to avoid the power punches from Anders. 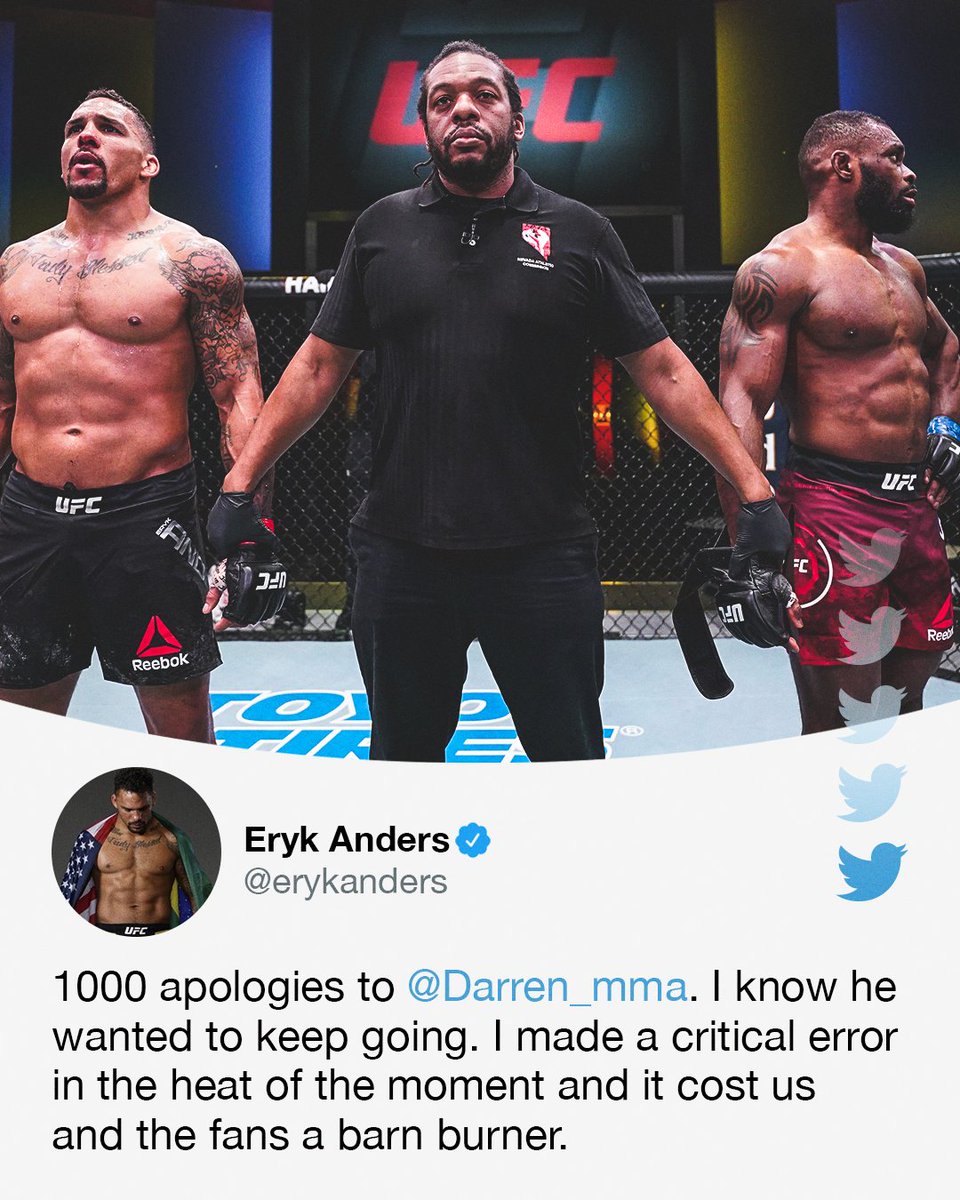 Darren is more light on his feet. He likes throwing singular strikes, to hit and move.  He lands a decent straight right and stiff jabs at distance. Stewart doesn’t prefer brawling much and if he sticks to a distance, that is where he can win this fight. Darren does have a good lead leg low kick which was working in their last fight before the takedown. This poor takedown defense has made him lose fights in past.

Anderson has the psychological advantage as he demolished Darren in their first fight. In addition to that, unlike another rematch, this fight didn’t take a long time to get back. The rematch is likely to play out the same way as the first fight with Anders picking apart Stewart on the feet and he should win the rematch by TKO.